Magic Jungle Software and David Frampton have released an iPad and iPhone game, the sequel to the the original Chopper iPhone game. The new iOS game is simply called Chopper 2 and will is fully optimized for HD video and gameplay.

This is a proof of concept video provided by Magic Jungle Software. The video below shows Chopper 2 -iPad version- played while connected to a 42 inch LCD HDTV. The controller used is an iPhone connected to the iPad via Bluetooth. 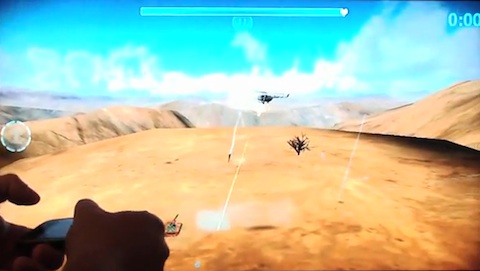 Chopper 2 was originally released in 2010. The new version has an all new 3D gaming engine packed with new enemies, weapons and 36 missions in 12 locations.