“Objection!” Phoenix Wright is one of the most popular and best loved series available on the Nintendo DS, and with the original game almost impossible to find, it was a total win to see it appear in the App Store for a fraction of the DS price. A very straightforward port of the DS version, with touch controls replacing the DS stylus action, I was sad to discover that Phoenix Wright doesn’t offer anything new for established fans, but If you’ve never encountered the games before, you’re in for a treat.

Phoenix Wright plays a bit like a Choose-Your-Own-Adventure combined with deductive reasoning and hidden object games. You play as the titular hero, a spiky-haired, rookie defense lawyer who will stop at nothing to clear the names of his very colorful clients, and despite frequent murder trials, the tone is generally light-hearted and silly. 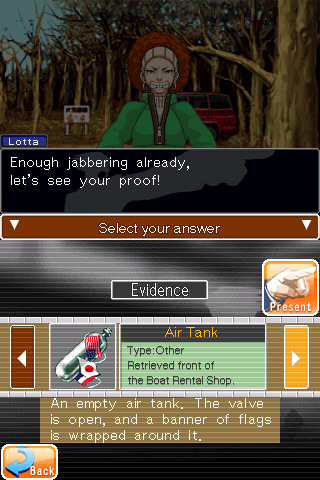 Gameplay comes in two basic parts: investigation and trial. Investigation has you collecting overlooked evidence, drumming up new witnesses, and trying to piece the action together. Trial gameplay mostly consists of intense cross-examination and timely presented evidence to prove your client’s innocence. There’s lot of multiple choice involved, and the outcome always rests on what kinds of choices you make and the evidence you present.

It’s undoubtedly a weird premise, but it’s also vastly more fun and engaging than you might imagine. Frequently hilarious and brilliant, Phoenix Wright is bursting with sharp, witty dialogue and tight storylines that twist and turn all over the place. The game also sports some outstanding character design and jaunty music to keep you riveted to the action. It’s not a fast-paced game by any means, but it’s easy to be drawn into the story. 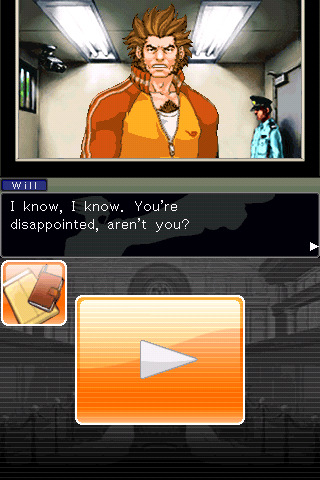 There are 5 court cases, with each taking a couple of hours, give or take, so it’s not really ideal for playing while you’re in line, but the slow-pace of the game and easy controls make it very well suited for casual or even non-gaming types. It’s more like an interactive story than a game and while there isn’t much, if any replay value, Phoenix Wright is still a supremely fun and polished game.

As a big Phoenix Wright fan, pretty much the only thing I was disappointed by was the lack of new content, but I’m thrilled the game is now available at the App Store, and hopefully we will be seeing more cases released soon.