Monster Dash stars a guy named “Barry Steakfries” whose off and running. Along his journey through various parts of the world, Barry has to destroy vampires, mummies and kill any little devils that come across his path. 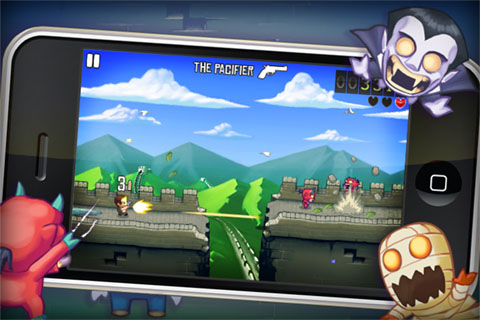 Game controls are straightforward: Jump & Shoot. Mr. Steakfries earns health packets and picks up some cool weapons along the way the single shot Pacifier, and electro powered Mr. Zappy, and a Machine Gun Jetpack! Monster Dash has Openfeint leaderboards and runs on the iPhone and iPod touch.