The iTunes store is filled with many types of games. However, many of them simply are not good and do not entertain or keep you entertained long enough to be worth their price (yes, even if it’s free). Many are simply repeats of others, or make a failed attempt at reinventing game play.

Not only does it take a great programmer or team of programmers to create a great game, but the concept itself should be relatively unique, easy to pick up, and challenging enough to not allow you to get bored, but not so hard that you give up. A harmonious balance between these traits can be difficult to achieve. Even after you’ve mastered the above qualities one more will really give you a fighting edge—the game should appeal to people of many ages. 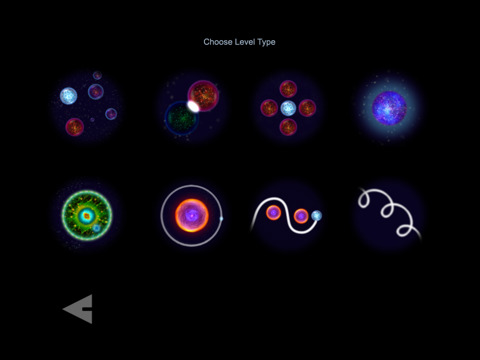 Osmos HD for the iPad fills all of these traits. Aside from being visually stunning, the soothing sounds and organic gameplay seduce you into a trance that may be difficult to break. Furthermore, Hemisphere Games did a great job in helping you to learn the concept of the game and how to play it by incorporating the training seamlessly into the levels. They start you off easy so as to get the feel of how the game works—then slowly they increase the challenges to keep you on your toes.

Upon first usage the game resembled to me that of what I thought Spore was going to be in it’s early stages of rumor. I felt this due to the way you start off as a small organic being that goes around and absorbs other beings that are smaller than you. After playing even longer, I realized it is its own unique concept and I couldn’t put it down—unlike Spore which I never even bothered to pick up (although maybe it could reignite interest on the iPad). 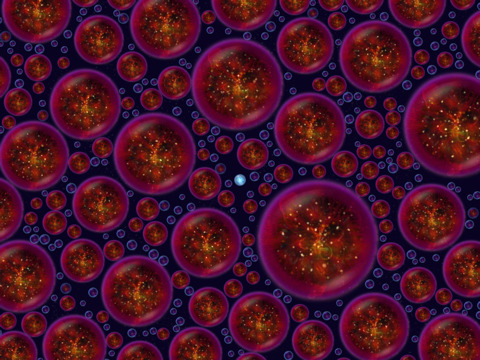 As I alluded to, you control a small, organic, spherical, matter whose goal is to absorb other matter around you to become larger and larger in size. Be careful though, the two things working against you are larger matter that might absorb you as well as your limited amount of energy to move around the world. Every time you propel yourself, you lose a bit of mass. This concept takes a little getting used to at first when you start out. After awhile, however, you learn to be strategic and use it wisely.

One trait that will keep you alive is patience! The tutorial stresses this as well. If you are impatient and attempt to move to quickly to your destination by quickly propelling yourself there, not only will you lose more energy that way but you may lose control and run into larger masses only to be fully consumed. If you are truly in a hurry you can always speed up time by swiping your finger across the screen to the right. To slow down time, swipe to the left. This is a good strategy to utilize on some levels where you are given a very small margin of energy to achieve the goal and you need to move a long distance with a minimal amount of effort. 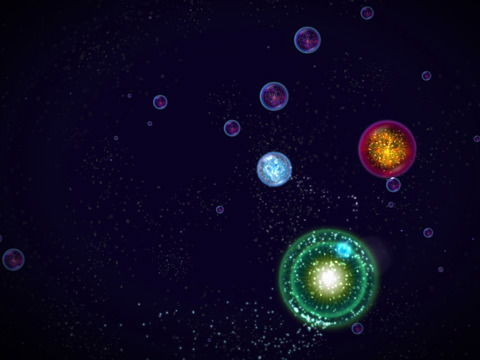 The game offers two modes, odyssey (story) mode and arcade mode. Arcade is disabled by default when you first start the game and does not become available until you finish your first set of levels in story mode. After that you are free to go back and play any of the levels in the sets that that you’ve completed.

As you play the game, you’ll merit badges along your journey rewarding your success. You’ll see these achievements in the game’s integration with OpenFeint as well.

I know many people are hesitant to pay for games that are more than $0.99—despite the amount of work and time that goes into making them—but I can assure you, you would be better off not buying 5 lousy, banal games and saving your pennies for this great bargain of $4.99. Be warned though, as you start to play it (especially with headphones) you will have a difficult time not becoming succumbed into the mysterious world of Osmos.