Malum Umbra is probably the spookiest tech demo I’ve ever played, which is unfortunate, because I think the developers were aiming for a fully fleshed out game.

Malum Umbra is a first person, uh, mystical maze explorer that outfits you with a magical candle and sends you forth to collect pieces of the Vatra, a powerful artifact of…blah, blah, blah, long story short, you need to find these things or bad stuff happens. 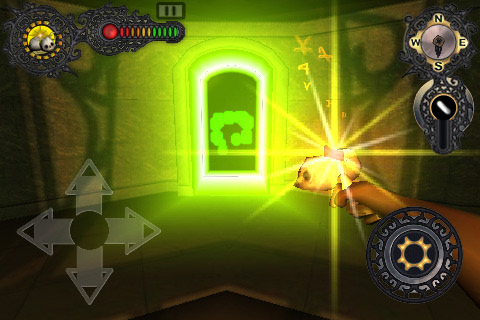 Although it’s actually pretty nifty from a technical standpoint, Malum Umbra fails to be an interesting game. Exploring the various caverns from a first person perspective is a neat idea, and the graphics? They’re actually really good! But then you realize that even the best looking cave wall gets terribly dull when it’s the only thing you ever see. There are a few generic bad guys to vanquish along the way and various traps and pitfalls to avoid, but the action always feels very dull and flat. It doesn’t help that during combat, you’re smiting baddies with candlelight. Whoo, take that. The FPS-vibe screams out for a sexy firearm, but, nope, you’re stuck with a wax stick. 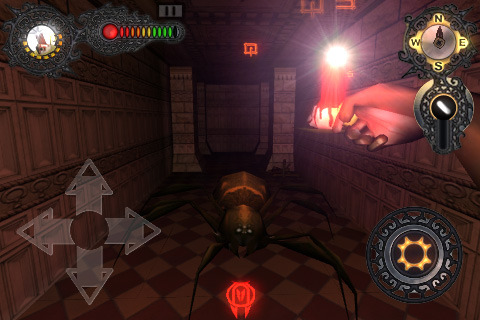 Admittedly, the candle is somewhat useful since I think I mentioned the ridiculously dark caves? Proper lighting is very important during magical quests. Also at your disposal is a piece of chalk. Yes! Chalk! Now I can…wait, chalk? Now, in theory, you can use the chalk to mark the walls and keep yourself from getting lost, since EVERYTHING LOOKS THE SAME. Ahem. Unfortunately, those caves? Yeah, they’re still too dark to see anything, so unless you want to give yourself a migraine by squinting at your chalk marks, you’re better off just drawing a map on scrap paper.

Now, I’ve definitely played text adventures where you’re expected to get “lost in a maze of twisty passages all alike”, but gaming has come a long way since then, and the novelty starts wearing thin when you’re running around through featureless dark passages under time pressure, especially when that’s about all you can do.

Could this have been a good game? Absolutely! All the infrastructure is there. The graphics look fantastic and the controls perform great, but content…good heavens does this game need it. Without more action and a better story, it just feels disappointingly empty and dull. Add in a wise-cracking sidekick or mini-quests or something, just anything to break up the bland monotony of featureless cave walls. Please, I’m begging you.