iRobboHD has you controlling a cute little Eric Cartman-box-robot guy that has to navigate around, push boxes, shoot walls and bombs, and collect these little gold bolts to complete each level. Released by U-Play Interactive, iRobboHD is available on the iPhone, iPod touch, and iPad for $3.99 or you can get the non-HD version for $1.99.

Apparently, iRobbo existed for the Atari decades ago. I have no such nostalgia for this game, but I’ll try not to let that interfere with my enjoyment with this game. Firstly, the level designs are solid. You collect items, carefully shoot strategic blocks, and push boxes so that you don’t end up blocking yourself. Each level is different in pacing, so it never quite feels like you are repeating the same level over and over. The little robot dude is cute and the items you collect look really nice. 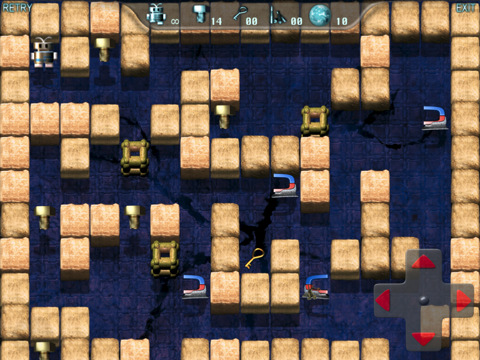 The controls take a long time to get used to. Even with maximum sensitivity, it’s sketchy at best to move one block. If you slide your finger in a direction and hold it, the robot will move continuously in that direction. When pushing boxes or bombs, you really do not want to make mistakes or you’ll have to repeat the level. The touchy, yet sometimes unresponsive controls will get you trapped if you aren’t meticulously careful how you touch the screen and when. To fire your weapon, you don’t just press a button and fire in the direction you are facing, instead you have to hold the red button, then drag your other finger in the direction you want to shoot in. It’s not intuitive and really does require a tutorial to learn.

The level art is alright. Nothing really looks cohesive like a full-fledged level. Instead, everything is repeated modular boxes so the game is pretty much just like an Atari game. That doesn’t bode well for the HD version on a device that can handle a billion times better graphics than the great granddad of gaming. 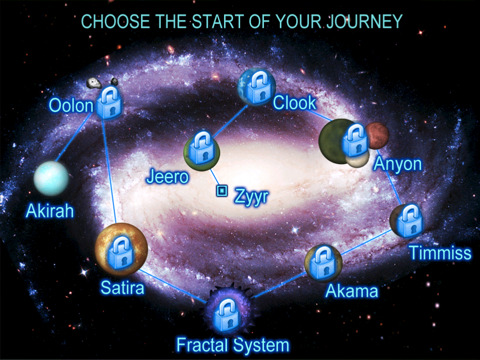 I carry no nostalgia-goggles for this game, but maybe that’s what I needed? The gameplay is solid, controls are just unreliable but can be adjusted to over time, and the graphics are definitely far better than an Atari game. If I had a childhood connection to this game, I’m sure I would be far more forgiving. My opinion is that this game works, but it isn’t the 5 star game that the AppStore commenters are gushing about.