Apparently hidden object games are spooky. At least, this is the impression I’ve gotten from the last few I’ve played, which were all about ghosts, creepy temples, and, of course, vampires. Because nothing says occult like hunting around a dark room for a screwdriver, a pair of ice skates, and a wooden duck. 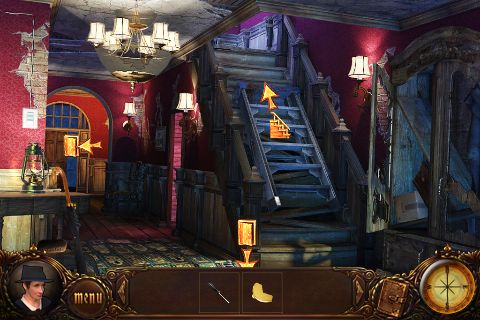 At least in Vampire Saga: Pandora’s Box, the screwdriver is usually quite handy to have around, since the game is filled with little mini-games and puzzles to solve. Unlike many hidden object games that plop you down in a series of mostly unconnected scenes, searching for utterly random objects, Vampire Saga actually has you working through a story and provides at least a little motivation for your unending searches through piles of junk.

There’s usually not a lot of rhyme or reason to the assorted objects you find, but a few of the more useful ones get added to your inventory for use during the many puzzles. The puzzles themselves tend to make a lot more sense than the actual hidden object portion, although they’re not usually much more involved than plugging in the right tool for the task. Still, they’re much more elegant and consistent with the story than the vast majority of mini-games you find in hidden object games these days. 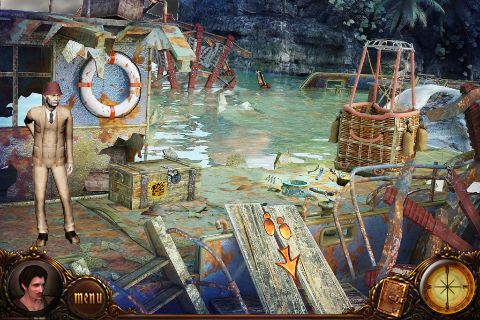 Vampire Saga: Pandora’s Box was originally created for the PC, and while it functions reasonably well on the iPhone, there are plenty of indications that this isn’t the ideal platform for the game. For one thing, the screen just feels much too small and dark to search comfortably. To get around this, the search list highlights items able to be seen when you are zoomed in. This makes things a little too easy to find at times, but it beats a ton of eyestrain and tension headaches, and the scenes are actually quite nicely illustrated.

Although Vampire Saga isn’t quite on par with, say, Amazon: Hidden Expedition, the game is a lot deeper and more polished than a number of hidden object games out there. It certainly has a much more cohesive and involved story than you usually encounter, although I found the 3D animated cutscenes a little unnerving personally. The models just verge a little too close into uncanny valley territory, but I appreciated the attention to storytelling.

The one major drawback is the amount of repetition. You are frequently required to revisit old areas to find new objects, which is fine once or twice, but when you end up revisiting areas three or four times, the novelty of the scene wears very thin, even if there are new objects to discover every time, and it all but obliterates any replay value.

Still, Vampire Saga: Pandora’s Box is a solid hidden object game that delivers a satisfying, if not quite spooky experience, and at a fraction of the PC version cost, so definitely worth checking out if you’re a fan of the genre.