PuzzleScape is a colored block destroying game where you find two blocks of the same color combination as the two blocks on the right side of the screen. Hit the high score and submit it to OpenFeint. PuzzleScape is developed by Naviosoft Game Studio on the iPhone, iPod touch, and iPad for $0.99. This is a universal app and features iOS4 support!

To play this game, just tap two colored blocks in the main field that matches the pair of blocks on the right side of the screen. The idea is to plan what you destroy so that you don’t end up with no options for the next turn. If you leave single blocks hanging around, you’ll end up getting a gameover, so the idea is to be careful and plan ahead. 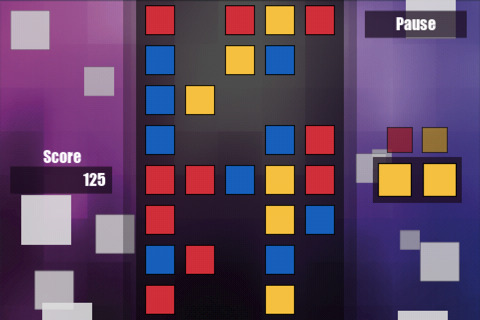 The graphics really aren’t impressive. Solid colors with outlines on a field of more squares. I would have really liked to see some depth or shadows to give some dimension to this one-note standard puzzle. Yes, it works well. It’s a slow-paced, take your time, style of color matching, but after JUST the first match, you’ve played the entire game. Nothing new really happens, there aren’t any extra modes like a timed version, maybe some powerups? With such graphics and the simple gameplay that doesn’t bring much to the table, it’s no surprise that I found myself getting bored after a few minutes.

I sat down with this app for almost 2 hours and its entertainment value sits at about 5 minutes. This game screams for detailed effects, particle effects, or visual spectacles like from Spinballs or GeoDefense. I want entertainment and since the puzzle aspect is so simple, you really have to push the visuals or sounds to make me want to keep playing. As a color-blind person, staring at the screen hurts my eyes after a while. 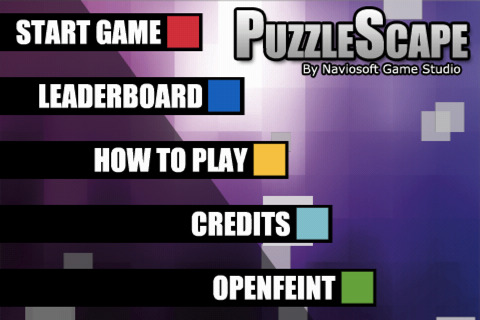 I won’t write this one off as a standard puzzle, but I can say that the visuals need more work and maybe a timer would add a bit of flavor and pop to this colorful, but stale, puzzle game. At best, this app is barely worth your time if it were free, but at the moment, it’s still a dollar and it’s still only in version 1.1. Try this out in version 1.2 or higher and hopefully they give this an entertainment overhaul.