I really don’t know how to start this one off. I have a lot to say about this app, but not all of it should be said. It’s a music based video game where you control a fairy to collect rings and avoid black twisting faces. Created by Super Boise Website on the iPhone, iPod touch, and iPad for absolutely free!

Graphically, this is a trippy game with lots of spiral patterns, random imagery that reminded me of Clash of the Titans, with Medusa, a random soldier, and… black demon heads? The demons are kind of scary I guess… Overall though, I really liked the graphics and the effect of the spiraling design. It has nothing to do with the song however, so don’t listen to the App Store description. 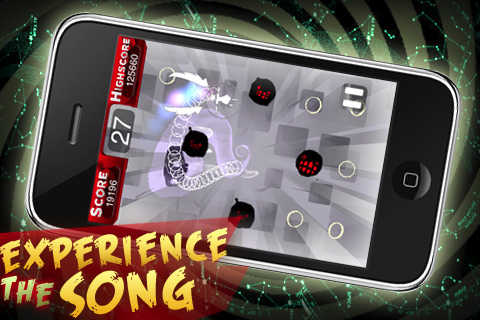 So why is there so little that I can say? It’s because this isn’t a game, it’s an advertisement. You spend the “game” listening to a strangely techno, repetitive song with no climb, build up, or musical climax. You have the same tone of voice, non-changing chorus, non-changing beat, and it’s just a few levels higher than a Jay Sean, Ke$ha, or Black Eyed Peas song. I just don’t enjoy the repetitive songs that are so popular these days and this is low energy song that makes the gameplay so much worse. 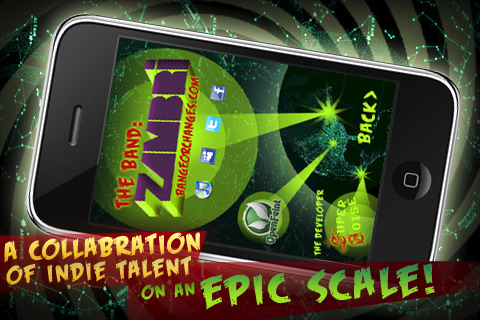 First all, you can’t die. No challenge. The only motivation you have is to collect coins and make a big long chain of halos. You collect enough and nothing happens. You collect nothing and nothing happens. You hit a monster and it dies and you lose your rings… which means nothing . I can’t explain how dramatically useless this app is. You hear the song once, its fine. You might like the song, you might LOVE the song, but the neither the game nor the song will keep you coming back. Honestly, this is an app that will go nowhere. They aren’t going to release more of their songs for free and invest time and money on another game. They aren’t in it to make an actual game. It’s an advertising campaign. I even heard that you had to pay $0.99 before. That’s not cool. I wouldn’t have purchased this song in the AppStore, and in there, I could get Duran Duran, Billy Idol, or Pat Benatar for $0.69 each.

This is a pointless game with music that is very specific to fans of this type of music. If you are high, play this. If you have control over yourself, this isn’t worth it. The art style however, is undeniably pretty. If the makers of this game dedicated their time to creating a challenging game with levels, actual enemies, and a point to the game, then yes, I would pay $0.99 for this game. With more variety in the music and, you know… the decency to respect gamers, game developers, and the gaming industry by making a game, not a prolonged ad, this could have been salvageable. I can wait to see the GAME being made officially. Now I couldn’t care less about this band. You want to advertise? Try making a game and adding your song to that, not the other way around.