Alpine Crawler Wild is a racing game, a sequel to the original Alpine Crawler game that tests your skills at regulating your vehicle speed on a 2-dimensional terrain. It is released by Dimension Technics Kft. and is compatible with an iPhone, iPod Touch, and iPad. Like most other games of its kind, it costs $0.99.

Being that this game is on a 2-dimensional playing field, you are only required to utilize the controls of gas and break, and selecting between forward and reverse. The challenges in this game are based on completing a given course in a certain amount of time. 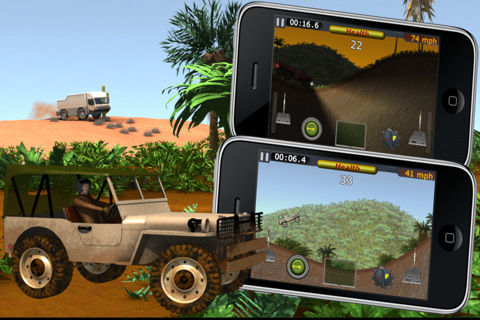 As a driver, you are given a set amount of health to start each course and rough riding may result in points being taken away from your health bar. You have the choice to race in one of three different settings, desert, tropical, or city. Select one of nine different vehicles, some of which are more ridiculous for the task than others, such as a school bus. You may also change the driver and color of your vehicle. Complete challenges and time trials in order to unlock higher levels and secret vehicles. Each of the three racecourses differs from each other only in that there is slightly different terrain art. 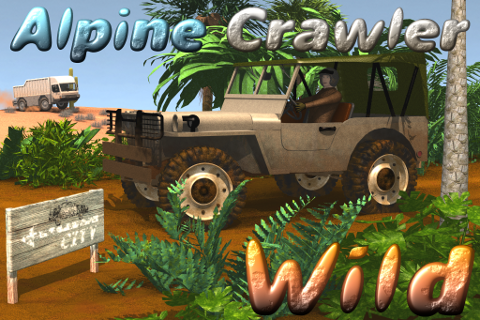 Essentially, the object of the game lies in the challenge of making sure that you are accelerating enough to get up a given slope and going slowly enough not to fly off the edge of a cliff. Your vehicle will respond to crashes by toppling over or bouncing off the ground in a manner that is somewhat true to actual physics, however, an impact with the ground or any other terrain, results in a rather comical wave-like reverberation that gives you the impression that your car is made out of rubber.

The fun lies in perhaps pairing an out of place vehicle in an unlikely setting, such as a garbage truck on a tropical trail.