To release a game with “perfect” in the title, you had better be really sure of your product, or else snarky reviewers like myself will rip it to shreds. In the case of Perfect Cell, it’s clear the developers were banking on the game’s unique premise to carry it, but the devil is in the details, and there are just enough issues at play to highlight the game’s imperfections.

An oddity in the app gaming world, Perfect Cell combines line drawing, puzzle platforming, and side-scrolling action into a dark, moody, and frequently gory stealth thriller. You control a creepy alien organism as it attempts to escape its underwater lab prison. Although it has no projectiles, it can fly and rocket itself through breakable barriers and fragile human bodies at bullet speed, although there are plenty of unkillable enemies to encounter, as well as plodding, maze-like levels, and the ubiquitous lasers scattered around will happily crisp you up like a bucket of chicken. 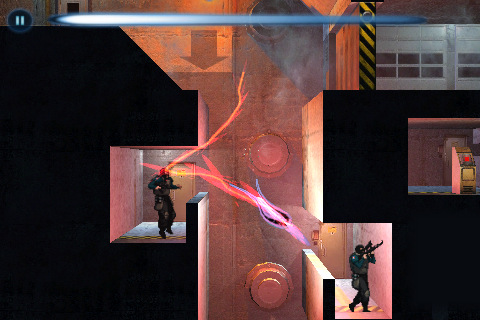 You can choose whether you want to play in stealth squid mode, carefully avoiding detection and staying out of sight of your enemies, or you can play as a murderous death pod, slaying everything in sight and turning the lab into a general bloodbath, or you can switch between the two on the fly. Each strategy works about the same, although the clunky controls may limit your success rate the further in you go.

As a concept, Perfect Cell is actually quite remarkable, and as I played through the game, it was clear the game had a lot of promise. The moody environments were spot on for the tone of the game, and I was genuinely excited after watching the opening video, but the game quickly became bogged down by sluggish controls and uninspired level design. 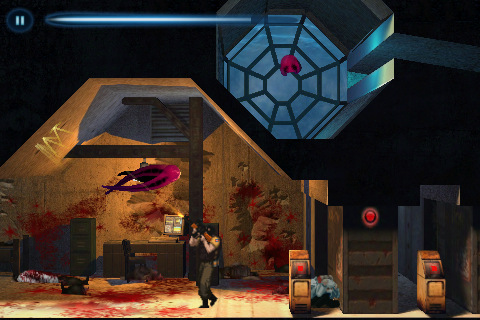 You move by dragging your finger along the screen and swiping quickly for a speedy dash attack. Unfortunately, the touch controls just aren’t quite up to par. The dash attack is key for progressing through the game, but it’s likely to fail about as often as it works. Cue frustrated yelling.

The levels were also disappointingly repetitive, and they relied far too often on improbable laser placement. There are a few switch puzzles to solve as you work your way through, but they’re too straightforward to feel sufficiently satisfying. It also takes far too long for the game to ever feel like a challenge, and then later levels feel like an neverending death-fest. This wouldn’t be a problem if the levels were short, but they’re not, and continually starting an especially tough level over after dying can be just excruciating. 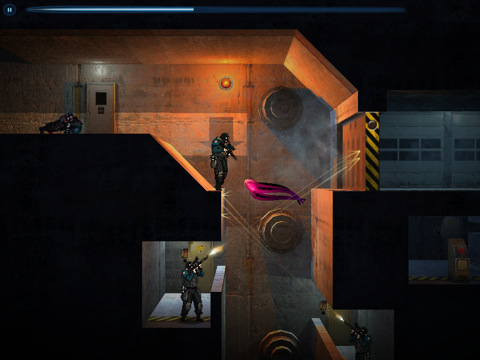 Overall, I enjoyed Perfect Cell, but it wasn’t the masterpiece I was really hoping for. It’s definitely an interesting and innovative game, but with its relatively high price tag of $4.99, I would expect much smoother controls, at the very least. Bottom line, it’s not bad, but with a little more work, it really could have been great.