A music and rhythm game that is like the zoned out lovechild of Tap Tap Revenge, Simon, and Tron, muBlip provides an audio challenge is simultaneously blissful and blistering. Don’t let the dreamy music and visuals fool you, this game is the equivalent of getting whacked by sticks during Zen meditation. 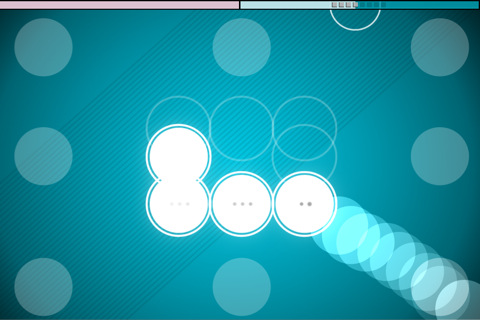 Each level is divided up into timed sections of music, and each section comes with a number of different shapes on screen, each with its own particular kind of interaction. Some you just tap, others you must hold, drag, pinch, whatever. The first part of every section is just for learning. When the screen is red, shut up and pay attention to what’s going on, because all of this will be on the test. The different shapes will be highlighted, and it will be up to you to replicate the same timing and order when the screen turns to blue and the music repeats.

There are 13 levels overall, each featuring some incredibly rich original music, and although gameplay is scaled from simple to harder, nothing about this singular game is particularly easy. You can generally stumble your way through the levels, but it takes a near superhuman amount of precision to really master them. 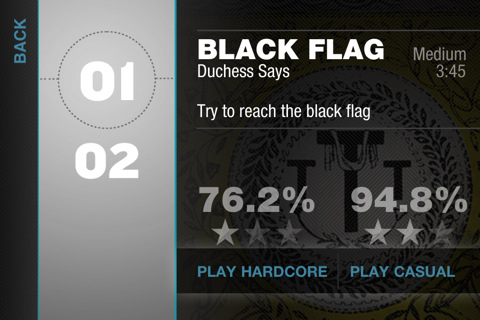 Despite my clumsy fingers and erratic sense of timing, I was sincerely impressed by muBlip. It is an unusual game that takes a lot of familiar elements and blends them into a deeply challenging and artistic experience. Although I might have preferred slightly easier levels and perhaps more of them, I was quite pleased overall.

Bottom line: if you like rhythm games, but you’re sick unto death of the latest pop trash release of Tap Tap Revenge, slip into the cool electronic waters of muBlip and exercise your mind and fingers for a bit. You’ll be glad you did.