Games have gotten uber-complicated over the years, so I’m always a little surprised at the popularity of room escape games, but it makes a weird amount of sense. They can be pretty hard, but they’re also slow-paced, so you don’t need crazy good reaction time or strategy skills to succeed, and you can chip away at them a little at a time. Interruptions won’t disrupt your progress, and if you ever get stuck, there’s always your friendly neighborhood walkthrough to show you the way, and if you manage to figure the puzzles out by yourself, you feel smart the rest of the day.

Antrim Escape 2 is one of those room escape games that you definitely want to approach with a certain amount of brain power. The sequel to Antrim Escape Full, this is the continuation of the series, complete with plenty of puzzles and the same nonsensical name/time-traveling plot. You don’t need to know anything about the first game to play, since the plot is basically just there to justify the wacky puzzles. 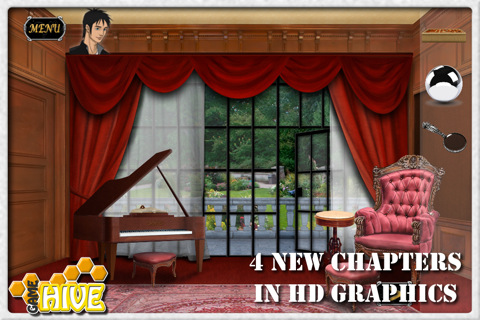 Gameplay consists of exploring a series of locked rooms and solving the puzzles you find inside as you search for a way out. This usually means picking up random objects you encounter and trying to figure out if they can be connected up to the puzzles in a logical way. Of course, solutions aren’t always terribly intuitive, so you can expect a lot of trial and error the first time through.

The main difference between the two games is the addition of something they call “Team Tactics”, which lets you switch between the two playable characters, Ryan and Emma, on the fly during one section when they’re trapped in different rooms. It’s a fairly dull innovation all told, since it mostly just consists of passing items back and forth between their inventories.

Unfortunately, the game suffers from an overabundance of pixel-hunting and a lack of an in-game hint system. Although the graphics themselves are pretty and Retina-optimized, it’s a series of static screens, so it’s not terribly impressive from a technical point of view, and you must spend a fair amount of time zoomed way in to find all the tiny, hidden details you need to get through the puzzles. 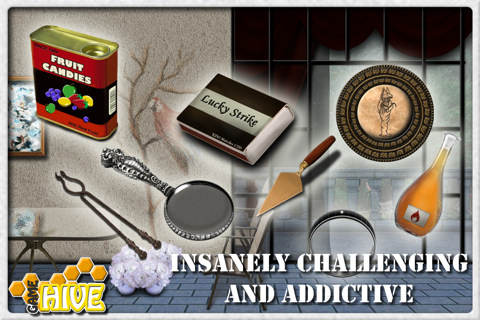 There are definitely more puzzles this time around than in the first game, as well as two more rooms to explore, but they still felt somewhat uneven. There were also more hidden and unfortunate control tricks, like needing to shake the phone to find a particular object, despite the rest of the game being touch based. There were also a couple of tilt-control mazes included that I wouldn’t have minded as much if the controls were up to the challenge, but instead they became a slow exercise in frustrated screaming.

Overall, Antrim Escape 2 is an improvement on the first game, and it definitely provides a tough puzzle challenge to sink your teeth into, but despite its relatively lack of competition in the App Store, it’s still not quite a genre standout.