Guardian Saga, a recent release from 9th Bit Games, is a neat little throwback to the role-playing games of the 80s and early 90s now available as an iPhone app. Similar in style and feel to the early Dragon Quest games for the NES, it’s a pleasant journey for longtime fans of the genre, but accessible enough for newcomers.

If you’ve played any RPGs from the 8-bit era, you could probably guess the story: monsters are starting to roam the once-peaceful world, and our hero – that’s you! – must travel to the four guardians’ towers to confront the chaos and restore balance to the land. The gameplay is familiar, too, with turn-based battles, random enemy encounters, and nearby towns with all of the amenities an adventurer might need. Anyone who has a passing familiarity with RPGs will be able to dive right in and start exploring. 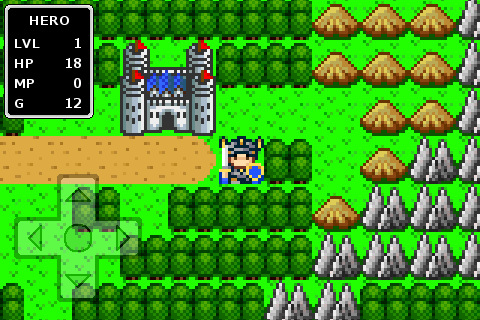 The game is well-crafted, and it shows. The chiptune music and pixel art are solid, and faithful to their 8-bit roots; the monster design adds personality and just a touch of humor. The controls are excellent, and in the hours I’ve played, I’ve encountered no glitches, crashes, or freezes.

Guardian Saga doesn’t break new ground – it’s not intended to. There’s little in terms of character development, sidequests, or mysterious relics; whether this is a feature or a bug is ultimately a matter of personal preference. Adventurers looking for an epic quest may need to scale back their expectations. But if you’re nostalgic for the days when RPGs didn’t mess with love triangles, extended cutscenes, or irrelevant minigames, Guardian Saga is a welcome treat. And if you’re looking for an RPG that you can pick up and play for fifteen minutes at a time, without spending the first ten minutes trying to remember where you are, this is your game. 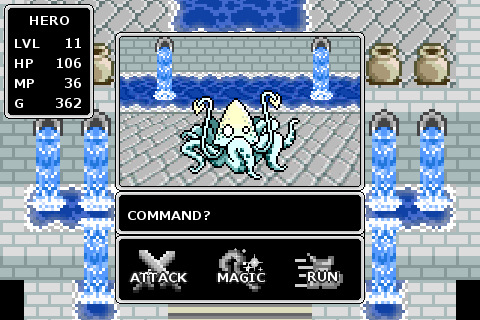 For me, Guardian Saga hits the iPhone game sweet spot: simple enough to play for a few minutes waiting in line, but with enough variety and adventure to remain interesting. It’s an impressive first release for 9th Bit Games, and I hope to see more from them.