Exitium is a good RPG for iPad and iPhone from Minoraxis in which you assume the roll of one of 4 characters as a hero in the war raging in Vardonia. It is not a new idea as a game type, but you get to select from a beserker, a paladin, a priestess and a mage, covering both ranged and close quarter fighting. Each character brings with it special skills and powers, so you can play the game in a few different ways. You will need to make your way through missions with plenty of sub-missions along the way, and you can gain more and better weapons and potions as you go along. The story and maps are vast, and you will have to in and out of various mapped locations as you go ahead, and luckily there are two options for saving your progress. 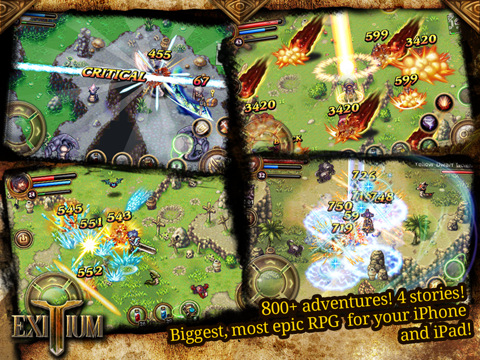 I found that the virtual controller worked better than most I have tried, and navigation was only challenged by the speed of the characters movements. The in game music doesn’t seem to fit the theme, and can be very annoying, so I had to turn that down.

But the best part of the game is the 16-bit RPG inspired graphics of old. If you are a fan of that I would recommend that you give this a try. The quality and detail is good, although on the smaller iPhone screen you do lose some of the finer details. The load times between the various maps is also good, and you never feel bored waiting for the next scene. 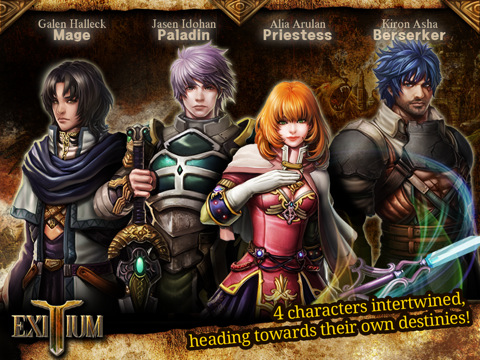 I am not a fan of in game purchases, but in an RPG I think it’s criminal. The only reason you would need to purchase more coin is (unless you just plain suck at it) if the game didn’t really have enough for the player to collect in a reasonable way and in a reasonable amount of time to begin with.

The game itself is currently selling for $1.99 which I think is a reasonable price for what you are getting.

Here is a video demo of the Exitium: Saviors of Vardonia (iPad review) app on the iPhone