Another World 20th Anniversary is the re-release of the original on the iPhone, iPad and iPod touch by the developer Bulkypix. Another World 20th Anniversary is exactly the same as the original except with newly enhanced high definition graphics. Another World was released in 1991 on the Super Nintendo gaming platform and became an award winning game that was well before its time. The cinematic cut scenes, wonderful audio and amazing graphics found in Another World were never before seen at the time. Add of that with the great storytelling and the player got a great experience and was transferred to a different world.

Another World 20th Anniversary is an iOS platformer that sends the player into space after a major disaster. The player must use their skills to overcome the monsters and aliens found on the new world. This universal iPhone app is available to download for a price of $4.99 in the App Store. 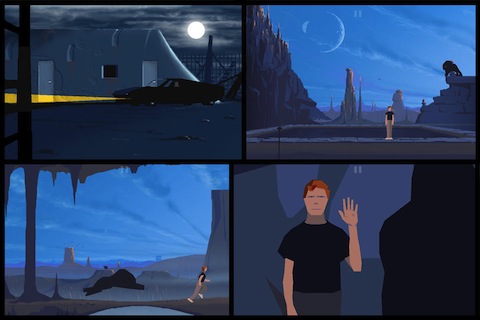 Another World 20th Anniversary features two sets of controls and they both work great. You can use the newly created touch controls that were made specifically for the iPhone and iPad , or you can use the direction pad controls that were found in the original game . Both sets of controls work equally well, so it ultimately up to user preference on the control set. It is rare to see something ported from the Super Nintendo to control this smoothly on a smart phone.

Unlike most of the other apps found on the iPhone, the audio is essential to Another World 20th Anniversary. This is not an application that you can play while listening to music or with the sound muted. The audio found in the cut scenes and the gameplay add to the overall story. It is nice to find an iPhone app that revolves around a great story, so you must listen closely while playing Another World 20th Anniversary to receive the full experience. 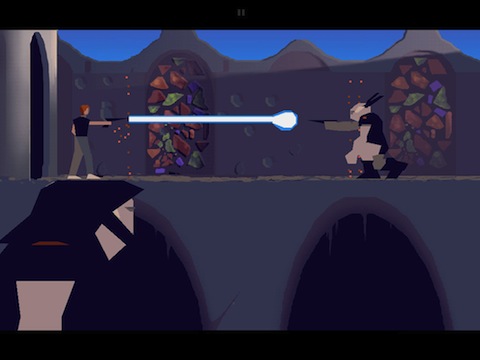 There are certainly better looking apps, but Another World 20th Anniversary is still looks nice. When you compare the graphics to the original, they are greatly improved without compromising the original. This is a nice thing to find when you are playing such a classic.

Since you are getting a piece of gaming history for under 5 dollars, Another World 20th Anniversary is a great value. The original version was one of the first games to use cut scenes to tell the story. Any gamer that wants to see where their favorite games got some of their ideas, should download this app. Another World is one of the best games of all-time, so how can you pass up the chance experience it on your phone or tablet.