Although video games were once confined to old-fashioned consoles such as the Nintendo or Playstation, thanks to products such as the iPad , iPod touch , or the iPhone, gamers are now able to take video games with them and enjoy them from anywhere imaginable. For those who enjoy playing in this manner, one of the most appealing games to come out in recent years has been The Adventures of Timmy: Run Kitty Run.

The plot revolves around the protagonist Timmy, a social misfit who is considered an outcast across the playground. Timmy has a low self-esteem, but gains confidence to face adversaries when donning a cat costume. The story begins when Timmy’s only friend, Kitty, is kidnapped by the school bully Mitch and held prisoner in his tree house. Timmy must battle foes and overcome obstacles in order to rescue his friend and free her from her troubles. 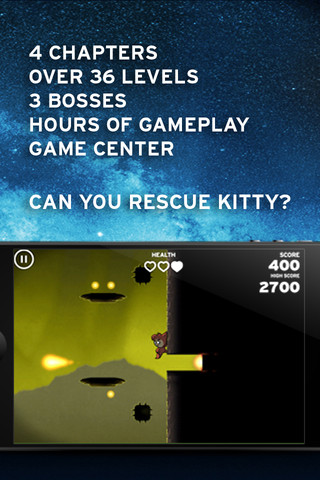 The genre of The Adventures of Timmy: Run Kitty Run is a traditional 2D platformer. Those who enjoyed the old Mario series will find this application particularly delightful, as it is reminiscent of Mario in many ways. For one thing, Timmy’s need to rescue Kitty is similar to Mario’s quest to rescue Princess Peach, and the gameplay between the two games is very similar. Both games involve a character who scrolls across a map and must leap and maneuver to overcome obstacles and reach the end of a level while subduing foes.

One aspect of the iPhone app that is particularly enjoyable is the visuals. The graphics are very high-quality and aesthetically appealing. Watching as friendly-looking, pink bunnies transform into demonic minions in an attempt to thwart Timmy’s efforts is surprisingly amusing and entertaining. Additionally, the audio is also very impressive and further adds to the quality of the app. 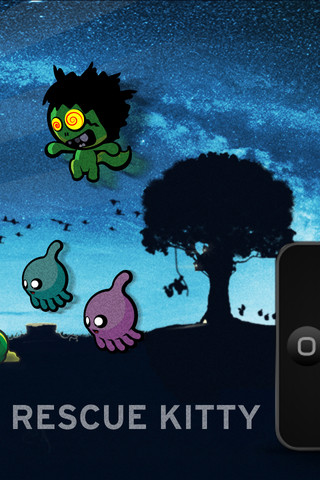 Although the storyline and visuals are both fantastic, one element of the app that may be frustrating to some players is the difficulty. Very precise timing and skill is required in order to beat the levels, and The Adventures of Timmy: Run Kitty Run is not the kind of game that can be completed in one attempt. This is a huge advantage for those who love challenging games that demand patience and perseverance. Conversely, those who become frustrated easily and do not enjoy games that are challenging may wish to avoid this app.

Overall, the game is very enjoyable and should not be overlooked by avid gamers. For those seeking an enjoyable 2D platformer, look no further than The Adventures of Timmy: Run Kitty Run.

Here is a video demo of the The Adventures of Timmy: Run Kitty Run app on the iPhone

3 Comments to “The Adventures of Timmy: Run Kitty Run”