The Modern Combat 2: Black Pegasus application seems like a mobile offshoot of the massively popular Modern Warfare brand, and we wouldn’t be surprised if some consumers purchased it thinking so. This is what Gameloft, the biggest publisher of iPhone games, was aiming for. Generally, such cheap imitation would beg our derision. The thing is, MC2: BP isn’t a knockoff. This is a high-quality mobile shooter. And that begs the question: Why didn’t Gameloft strive harder for unique branding?

Modern Combat 2: Black Pegasus HD is available as an iPad app. It does carry an MSRP of $6.99, and although the application is worthwhile at that price, consumers can often find it on sale. For instance, as part of the iTunes month-long sale honoring Columbus Day, iTunes has marked it down to $0.99, which is a steal. 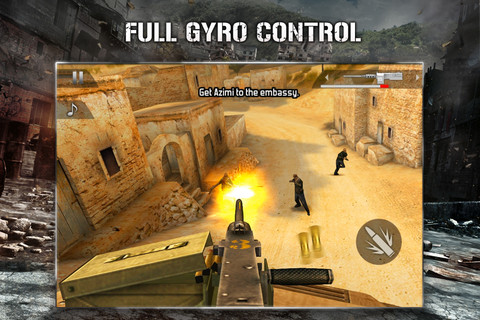 As for the game , the setup is as follows: You’re a trooper and POW. Fellow soldiers bust you out of captivity, and momentum thrusts you into a globetrotting campaign, your part in the War on Terror. That’s it story-wise. It’s a little light, and the app doesn’t expand on it much as play continues, but it doesn’t matter. It serves its job well enough as a framework for your soldier to fight in humid South American jungles one level and the Siberian Desert the next. 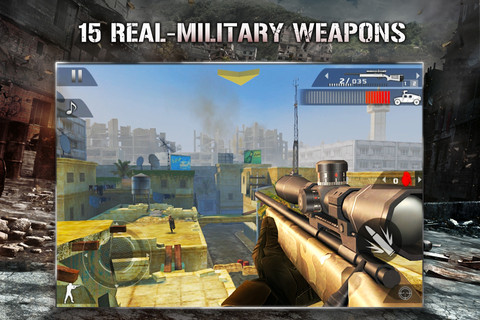 Gameplay is fast-paced, exciting and unpredictable enough. As far as first-person shooters (FPSs) go, MC2: BP doesn’t do anything innovative, but it does have everything gamers expect from a modern FPS. It has diverse levels and an excellent array of weapons. It has quick-time events, which are like cut-scenes that you can influence with quick reaction. It even has turret breaks, where you’ll find yourself behind a large-caliber gun mowing down incoming waves of enemies. 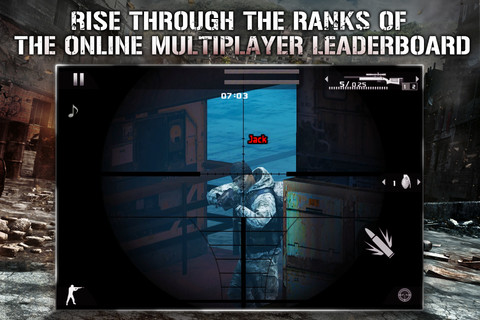 When it comes to an FPS, control is of utmost importance, and this is where Gameloft shines. It uses a virtual stick, on-screen buttons and drag-to-look functionality. The controls are tight and responsive, so once you have the hang of them, they never disrupt your immersion. Gameloft even provides control customization and calibration, which allows you to tweak it to your liking, and that makes acclimation much smoother.

Modern Combat 2: Black Pegasus also shines in the multiplayer department. In story mode, it borrowed heavily from Modern Warfare. Here, it borrows heavily from Call of Duty 2: Modern Warfare. It even has the perk system, where you accrue points that unlock new weapons and a host of other power-ups. It’s important to note that while MC2: BP plays well enough as an iPod touch or iPhone app , the iPad is where it really shines, and players using the bigger device have a significant advantage online.

Here is a video demo of the Modern Combat 2: Black Pegasus app on the iPhone