If you’re looking for an iPhone app to waste some time with, Gangstar Rio: City of Saints is a game worth checking out. It’s an open-world, GTA-style joyride filled with weapons, vehicles, and bad guys to shoot for hours on end. You play as a gang banger named Angel who wishes to leave the criminal lifestyle behind, but ends up having to fight off various thugs to do so. Aside from the repetitive missions, poor dialogue, insanely high amount of vulgarity and buggy graphics, there’s a lot of content packed into this $7 application. 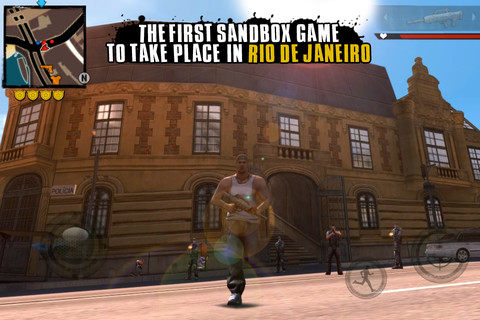 If you’re a fan of the Gangstar series or the sandbox genre in general, you should feel right at home here. If not, you’ll be greeted with a city where literally anything goes. Want to hijack an armored truck and run over some innocent bystanders? Go for it. Feel like killing a bunch of thugs with a large amount of explosives? You can do it. You’re only limited by the number of included items and your imagination. If you need some extra motivation, you can tap into you iTunes library and listen to your favorite songs while rampaging through the streets. 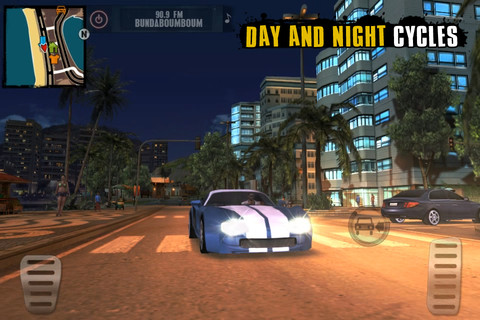 However, Gangstar Rio isn’t perfect when it comes to everything else. The missions are repetitive to say the least. They mostly involve you driving to a location and beating up some random person you could care less about. The dialogue is very bad for its own reason. Not only does it feel like a d-list movie script created hours before a deadline, but the sheer amount of vulgarity can make even juvenile delinquents cringe. On top of that, the graphics and combat system are filled with bugs. In some cases, it’s easier to punch the air than the guy standing a foot away. If the developer Gameloft wants to make things right, they’re better off making another sequel instead of fixing this one. 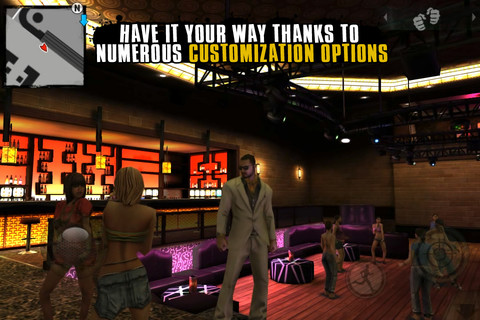 All problems aside, Gangstar Rio is a decent open-world adventure. It’s not the best, but it’s also not the worst. If you feel like giving it a try, you can download to your iPhone, iPad , or iPod Touch for only $6.99. It may be buggy and raunchy, but the Gangstar series is proof that sandbox games can be played on mobile devices and become successful at it. In case you need a reminder, this game definitely not for minors or the faint at heart.

Here is a video demo of the Gangstar Rio: City of Saints app on the iPhone