When you start Minecraft – Pocket Edition on the iPhone, you’re given the option to create a world or join a world. This means that people using the same WiFi network as you can join or create a world from their application. If you choose to create your own world, you can let the game generate a world for you or use a seed, which is a custom map. The official Minecraft forums is a great place to find some cool seeds to use in Minecraft. 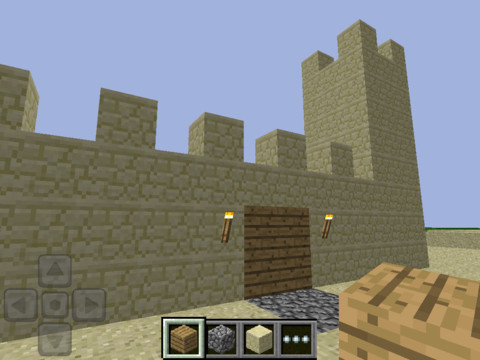 The world that was created for me was everything I expected. A world surrounded by nature’s 9 different biomes with unlimited resources to build what I want. This sounds great, but the classic mode gets boring quick, especially with the hard to learn controls. You can drag your finger to move the view avoid, use the D-pad to move and jump, and click on blocks to destroy or build objects. It sounds simple enough, but when you’re actually playing it, the controls feel a bit awkward and uncomfortable.

I was a little disappointed when I found out that no audio soundtrack was included. The computer version of Minecraft uses original music by C418, which works wonders in the game environment. Using my iPhone 3GS, I noticed that the overall audio of Minecraft – Pocket Edition seemed a little too low. I wasn’t able to get a higher, clearer audio playback when performing certain actions until my iPhone’s audio was turned almost all the way up. 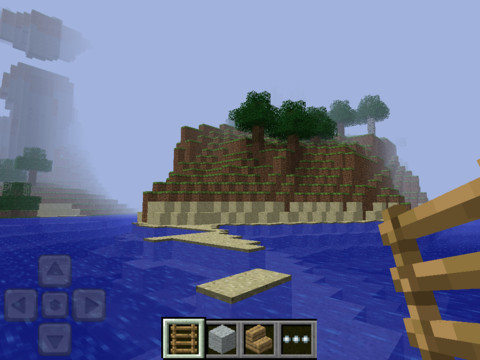 Players have the option to use lower quality graphics or higher quality graphics. I tried out both, but didn’t notice any significant differences. The graphics of Minecraft – Pocket Edition seem to match the quality you would get on the computer version. Accompanying the graphics, the sleek design of the menus and interface works well to produce Minecraft eye candy.

The best part of Minecraft – Pocket Edition is that the developers at Mojang made sure players would capture the same experience as they would playing on the computer edition. Although it doesn’t include adventure mode, the Classic mode is implemented nicely, giving veteran players the reason to play the old Classic mode once again.

Although there are some flaws with this app, it still stays true to the core concept of Minecraft. Pocket Edition was released as version 0.1.2, which means this application is still in alpha stages. Just like the computer version of Minecraft, I expect that it’ll be a while for Mojang to reach version 1.0 of Minecraft – Pocket Edition. The price tag of $6.99 is asking for a bit too much, but hardcore Minecraft players won’t have a problem with this fee.

My rating for Minecraft – Pocket Edition is a 3.5/5. I plan on increasing this rating when Mojang adds new content and polishes this rough draft of Minecraft. Please note that Minecraft PE requires iOS 4.3 or later and supports the iPhone, iPod touch, and iPad.