Amazing Breaker is an app developed by Dekovir for the iPhone, iPod touch and iPad, and it’s a catapult-style challenge in the mold of Angry Birds. Amazing Breaker isn’t a clone, however. The visual and audio styles are distinct, and the challenges are quite different. With that said, it’s not so different that it’ll convert you.

If you dislike Angry Birds, you’ll likely have a similar experience with Amazing Breaker. The mission in Amazing Breaker is to deploy a variety of bombs to destroy a series of ice sculptures. Each level has its own sculpture and background pattern, which makes the application more diverse than most in this genre. As you compromise a structure, cracks form. Not only do these cracks look realistic, they also provide accurate cues that the player can use on subsequent fires. The application also has a fantastic physics system that just “feels” right. 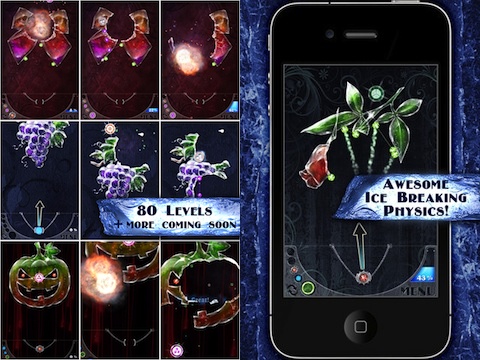 As the ice cracks and chips away, it does so “realistically.” In addition, at the harder levels, sculptures have impervious sections, and the bombs will bounce off these sections. This can cause wasted shots and even setbacks, but the skilled player can also use this behavior to cause destruction that wouldn’t otherwise be possible. Amazing Breaker positions its catapult at the bottom of the screen and fires it vertically.

With most horizontal catapult games, like Angry Birds, the iPad app version is substantially better than the iPod touch or iPhone app version. That’s not the case here, and this is one of the rare instances where we actually prefer the iPhone app version. That may be a pro or con depending on which device you own or prefer. This placement, however, leads to one of our gripes with Amazing Breaker. To fire the catapult, you pull the drawstring by sliding your finger down the screen. 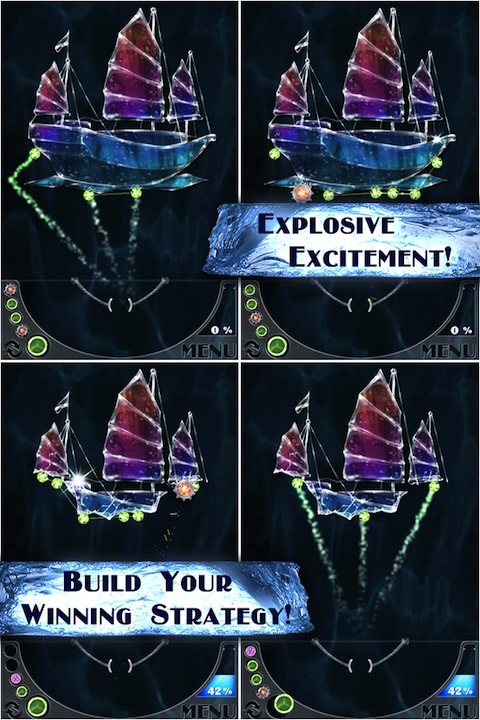 Since the game draws the catapult right at the edge of the screen to conserve space, it’s very easy for your finger to slip off and accidentally fire the bomb. Players will eventually overcome this, mostly, but it’s quite frustrating early on, and there will be times when the player botches a tough level because of a minute slip. This leads us to our other primary complaint: load times.

The Amazing Breaker load times are just brutal, especially for a game intended for a fast pace and spontaneous play. It wouldn’t be too bad if the load times happened once per level per play, but they actually occur repeatedly. On some of the tougher levels, many players will have to try a half dozen times at least, and that means sitting through a half dozen loads. It would be nice if the app could simply reset the level without much delay. The good news is that neither of those gripes are deal-breakers.

Most Angry Birds fans will love Amazing Breaker, especially those who want a greater challenge. Amazing Breaker is fun, fast-paced, challenging, and it packs a tremendous amount of value into $0.99.