Batman Arkham City Lockdown is an iOS app for the iPhone and iPad, an interpretation of the popular Batman Arkham City console game that was released in November. This title seeks to replicate all the thrills of its console cousin in a much more streamlined format that is suited for portable devices. Although this title hasn’t received as much hype as Arkham City did, it should still manage to excite Batman fans looking to beat up bad guys on their iPad or iPod touch.

Concept
Batman Arkham City Lockdown eschews the sprawling, multiple opponent fights found in the console version of the title and instead focuses on one-on-one brawls. Over the course of the game, players will guide Batman through fights with some of Gotham City’s most notorious villians, such as the Joker, Two-Face and the Penguin. However, before players can start taking on these super-criminals, they’ll start out in a tutorial stage where they learn how to fight against a lowly street thug. 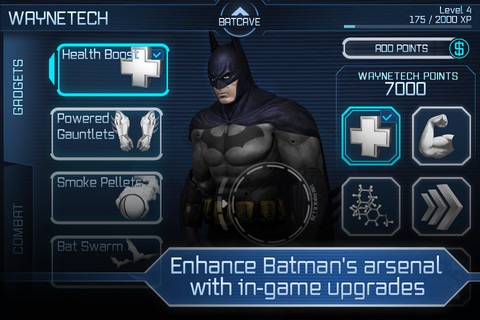 After getting acquainted with how the combat system works, players will travel to the Batcave where they can get an overview of the fights currently available to choose from. At first only a few locations in Gotham City are unlocked, and most of the villains in these locations are fairly easy. After a while, Batman will eventually start to face more difficult opponents, and towards the end of the program players will be forced to take on several opponents in succession. Once players have completed a certain amount of missions in a certain area of the city, a boss battle will become unlocked. 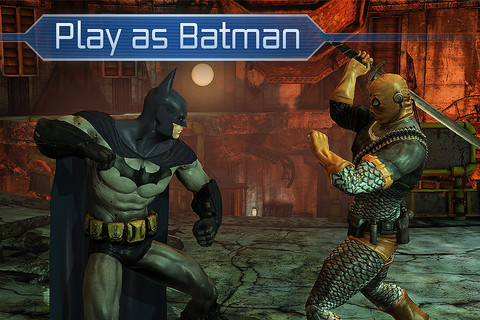 One of the features that really shines in Batman Arkham City Lockdown is the title’s character progression system. As Batman defeats opponents, he will earn two different types of currency: experience points and Waynetech points. Experience points can be used to level up Batman, which give players the option of increasing one of his stats, such as health or attack damage. Waynetech points, on the other hand, can be used to unlock different gadgets and special attacks for Batman, such as combat armor or smoke pellets.

Controls
The controls in Batman Arkham City Lockdown are very simple, and most players should be able to learn them within minutes. To swing at an opponent, players only need to flick their fingers to the left or right, and Batman will throw a punch with the respective arm. To dodge enemy attacks, players can quickly tap the screen and let go. If players flick their fingers in an upward motion, Batman performs an uppercut. A downward flick will execute a counterattack that leaves enemies stunned. 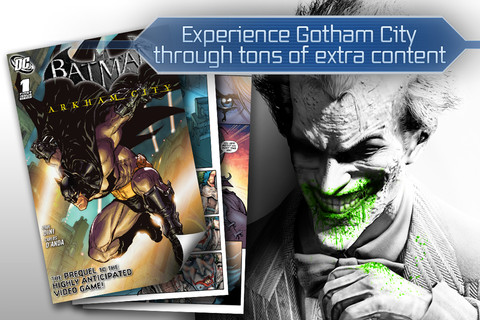 Graphics
Since Batman Arkham City Lockdown is based off of a console application, many gamers will have high expectations for the title’s graphics. Fortunately, the Unreal Engine that powers the application’s graphics doesn’t disappoint. All the graphics are sharp and detailed, and players can make out lots of little details, such as the smile on the Joker’s face or the Penguin’s monocle. The application’s presentation is also top-notch, with lots of little touches that go a long way towards immersing players in the role of Batman.

Value
One of the main drawbacks of Batman Arkham City Lockdown is its steep price of $5.99. Even though everything in the title is very well done, there just isn’t enough of it to justify the expensive price tag for this iPad and iPhone app. Although the title offers plenty of henchmen to beat up, the real fun is the boss battles. Unfortunately, these boss battles are very few and far between, meaning that the title gets very repetitious when not doing boss fights.