AREL WARS is a mobile defense RPG app from GAMEVIL Inc. for the iPhone and the iPod touch. However, AREL WARS is much bigger and more ambitious than other defense RPG iPhone apps that I’ve ever had to review. On top of having a great, in depth story line, it also provides tons of customization which will keep you wanting to come back and replay the game all over again.

You start off by doing something I have actually never seen in a mobile defense RPG: You choose a class for your very own hero, which you will use to assist your various other units during battle. They provide three choices for you, each with their own advantages and draw-backs. This hero not only helps fight your way to the other side of the screen, but they also gain various skills along the way which end up being very helpful. 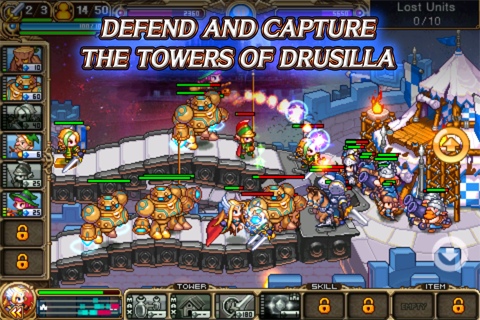 The customization is really what nails home AREL WARS as an instant hit. After selecting your hero in the beginning, they will continue to level up and learn skills which you can then choose to upgrade as you progress through the story line. You also gain various units along the way, which can be equipped to use during battle. One thing that is extremely cool about the game is that you can actually take two units that you already own and combine them to form an entirely new combat unit. As if that weren’t enough, you can also combine any items that you earn along the way as well. It’s this kind of customization that really allows for an insane level of replay, and will keep you coming back day after day.

Aside from the already vast campaign mode, you can also take AREL WARS online and play against other players using the “Community” button that appears in the top left corner of the map screen. This means that you can face off against friends or strangers whenever you want, and show off the skills that you’ve harnessed while playing through the campaign mode. 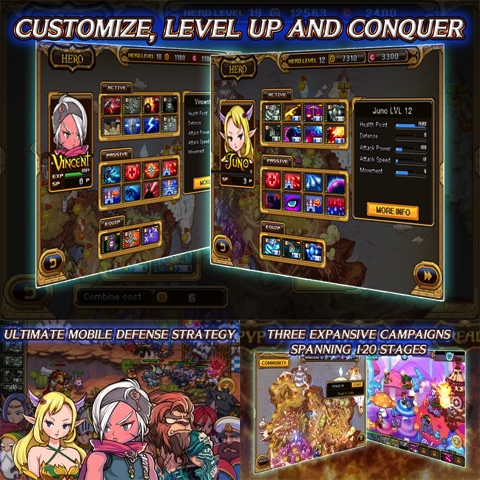 The graphics are absolutely to die for. They’re the perfect mix of cute and awesome, while emphasizing everything they should be emphasizing and staying as clean as possible. I didn’t find them to be glitchy at all, and they complemented the app perfectly.

Control-wise the application is rather simple, despite having a complicated looking design to it. If you play through with the tutorial chances are that you’ll pick it up in no time.

Overall, this iPhone app really has everything you could ever possibly want in a mobile defense RPG. And on top of that, it’s absolutely free and definitely at the top of my list.