Valor is a is a classic city builder game developed by PlayMesh for the iPad, iPod Touch and iPhone. In the game you create a city and take over other cities until you’re the king of the land. In this review, which was done on a 4th generation iPod Touch, you will find out what is good and bad about this app.

Graphics
The graphics in Valor are pretty crisp although most of the time you’ll be looking at little city nodes on the Valor map. Interspersed throughout the application are hand drawn sequences which add a lot of color and value to the gameplay. 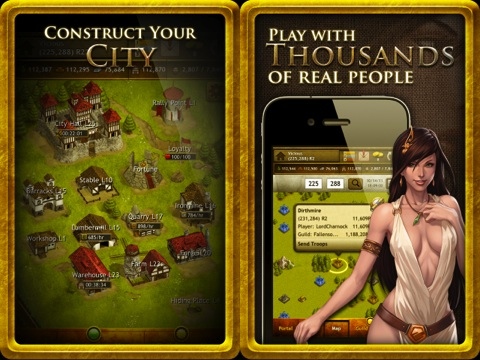 Audio
Valor’s audio is quaint, and it will rarely get in the way of the game. The background music is suggestive of a young king who is going out to expand his empire. Since this is exactly what the game is about, the music is dead on and it really adds to the environment. However, after a few minutes, you probably won’t notice it anymore as it tends to fade into the background.

Controls
When you first start Valor, Aurora (your helper character) will show you the ropes by telling you how to build structures. It is fairly simple, you just have to build places that gain resources, and others made to house soldiers and people. However, the intro is a little short and you are pretty much left on your own after that point.

The controls are simple in concept though it will take some time after the intro for you to really learn how to make best use of your resources. Also, at times it’s a little difficult getting around the menus, and this will take some getting used to. 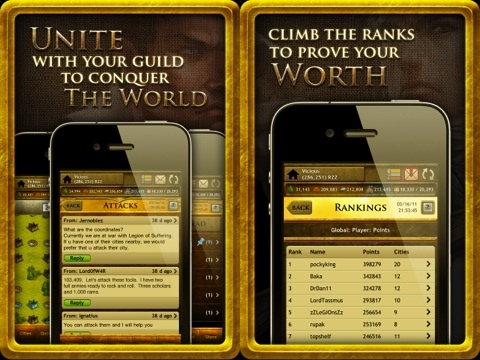 Downfalls
While Valor can be a fun game, there are a fair amount of downfalls. Aurora, your helper character, is very sexy. Normally this isn’t an issue, but she tends to take away from the gameplay. This is a common tactic used by these types of games to allure gamers, and Valor really doesn’t need it, as the game is very addictive on its own.

The other issue is that you have to wait a long time for certain structures to be built. Valor is technically a free app, but to speed up production you need to golden coins. How do you get coins? Buying them with real money of course. This means that, in later stages of the game, you either have to buy coins or wait 10+ hours for structures to be built.

Overall
If you don’t mind waiting or spending some money, Valor is a fun city-building game and it works on both iPhone and the iPad as a universal app. You get all the thrills of building up your kingdom, taking down smaller ones, and defending yourself against outraged rivals. However, in the later stages it is going to be a little tough to play unless you’re willing to dish out some in-app purchase dough.