SOULCALIBUR for iPhone and iPad is here from NamcoBandai Games, complete with all of the 19 original combatants. Gameplay modes for the iOS version of SoulCalibur are, arcade, time attack, survival, extra survival and practice; Museum and Exhibition modes are thrown in for those who like to watch. SoulCalibur (which was originally called Soul Edge) delivered us from 2D fighters like Mortal Kombat towards the end of the 90’s with the Sega Dreamcast port becoming highly regarded. 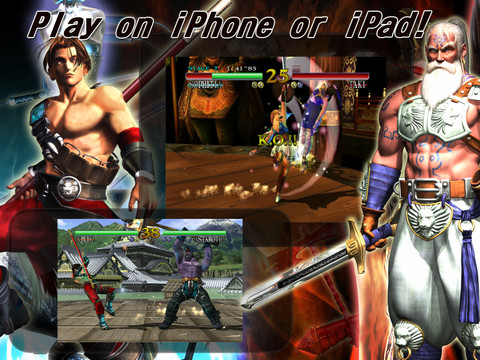 The graphics are very good here for an iOS game. If you insist on comparing it to the superior frame rate of the Dreamcast you will be disappointed. The platforms, caves and other fighting venues look good, and there is no noticeable problem in getting them to your eyes through the wonderful retina display of the iPhone 4S and iPad 2. I look forward to trying SOULCALIBUR on an iPad 3. 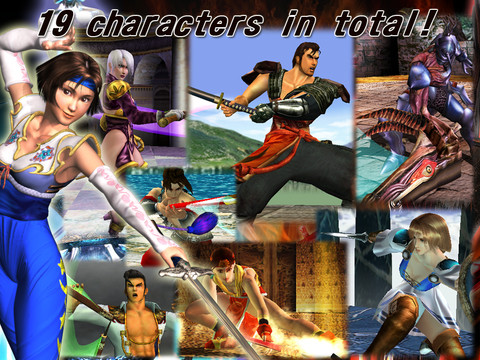 The controls are best described as adequate due to the issues around virtual controls as opposed to poor development. The controls can be customised to an extent, but I found the default to be just fine and a good way to maximize the viewing area. The soundtrack is typical of a fighting game and SoulCalibur for the console with all the butt kicking sounds you want to hear as you take on your opponent; on that note, blood and gore are nowhere to be seen.

SoulCalibur or indeed the fighter genre are not new by any means, but what it does offer is the 3D element and the use of weapons, which most fighters tend to lack. As has become common, Game Centre integration is present, as are the achievements and characters to be unlocked. Hardcore enthusiasts do however miss the mission modes and the multiplayer option, and my biggest gripe was the difficulty faced with selecting menu items on its tiny list. 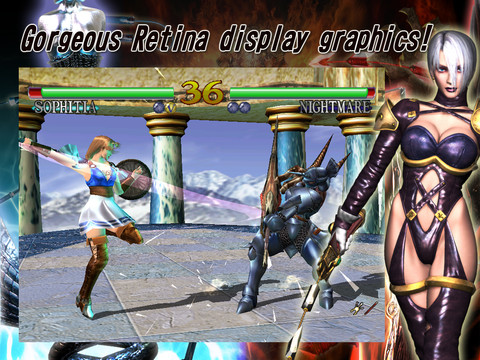 This is currently the best fighting game I have played on iOS by some margin, the graphics really are very good and the control response is fine, but there is one serious issue around SoulCalibur for iOS, and that is its price. It is currently selling at $11.99, and that is with a 20% discount. That is a number that I personally find hard to justify at the moment, but if it plays better on future generations of iPads that will make 12 bucks easier to swallow.