League of Evil 2 is an iPod Touch and iPhone app, the second release in the iOS platformer series from developer Ravenous Games. In the game, you move around your beefy and manly protagonist through short levels as you try to collect briefcases. This review was doe using an iPhone 4.

Graphics
The graphics in the League of Evil 2 application are much improved from their first version. In the first one, the graphics were all pixels and retro. Now, the graphics and cutscenes are all hand-drawn, giving it a completely new look. While some people who enjoy the retro look may be angry, the hand-drawn look is amazing and it really gives this program an edge. 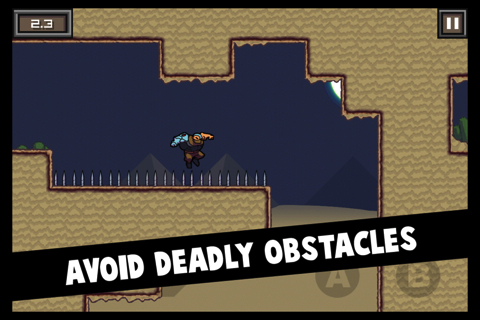 Controls
Some platforming games for the iPhone or other iOS devices have poor controls that don’t respond very well. However, League of Evil 2 boasts some of the best controls in the industry. The controls themselves are very simple, there is a directional pad, and two buttons for jumping and actions. However, they excel in being very responsive, so you will never miss a jump from the controls messing up. 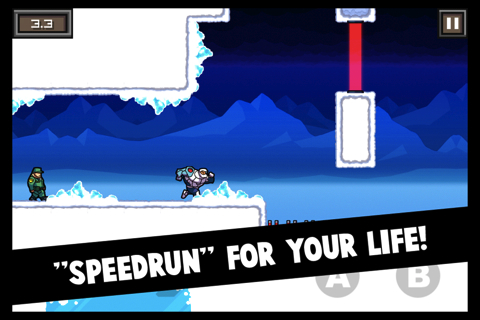 Stages
The stages in League of Evil 2 are fairly short, but there is a lot to do in them. You have to jump, wall climb and find briefcases to get a perfect score. While short, they are definitely fun.

Audio
The audio is just as manly and powerful as the cyborg protagonist you control. It sounds great, epic even, and it really pushes you through the levels with nonstop adrenalin. It does get a little repetitive after a while, since there is little distinction between the levels, but it’s still great. 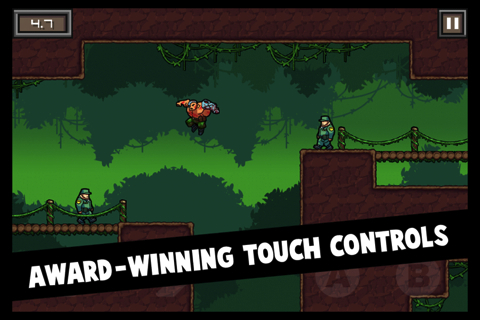 Value
League of Evil 2 is a great program that comes with a huge amount of levels: 100 in total. However, some people who liked League of Evil may not be fans of this sequel. The graphics have been updated, and there are a lot of new levels, but that’s about it. Aside from that, there aren’t really any changes. It’s still fun, but if you were acquainted with the first version, then you might get angry at all the similarities.

Overall
There is a lot to like about League of Evil 2. It has great graphics, incredibly responsive controls and the audio is awesome. There are also a lot of levels, so you won’t feel ripped off like you do with other short apps that you can beat in an hour. However, there is a big problem with the similarities from the first version. If you already have League of Evil, then it may be hard to justify buying a sequel that is so similar.