Plex has released a companion app that lets you control and stream media in Plex on your Mac from your iPhone, iPod touch or iPad. To get started you need Plex Media Server installed on your Mac. Plex Media Center has become a pretty powerful Mac app, with its wide array of pluggable features and multiple sources that compete pretty well with Apple’s Front Row. The Plex Media Center 9 is set to be out shortly, so having the iPad and iPhone app is well timed. Who knows, with apps like Plex combined with other ones like Netflix and Hulu Plus you might not need your cable company soon. 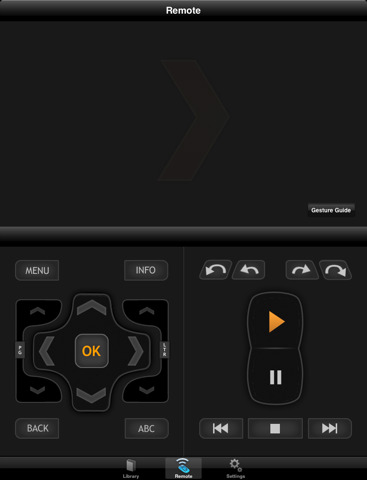 Watch: Plex syncs perfectly across its mobile and desktop apps. Using the Plex app, you can watch shows on your iPhone or iPad, and Plex even knows where you left off watching at home, so you can pick up at the same spot. Now you can browse all your Plex media files including photos, music, and videos with style from anywhere. With Plex you can even watch online media external sources. If you have Aperture, iPhoto, or iTunes installed you can also stream the content to your mobile device, although not your DRM-protected content. Media can be streamed over WiFi and 3G. For 3G streaming to work, you have to setup port forwarding in your router at home. It also helps if you have an unlimited data plan to avoid getting hit with overage charges. The Plex app runs in the background using multitasking support on the iPhone 4.

Control: The Pelx app on your iDevice can also be used as a powerful remote control while at home using your WiFi connection. Using the universal binary, you get both the iPad and iPhone versions for one price. 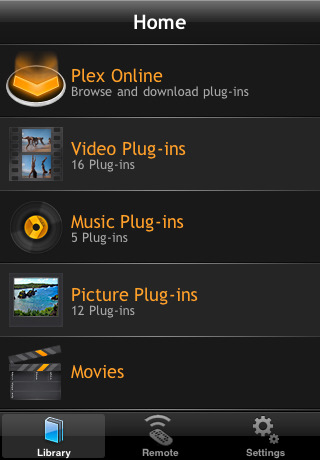 The Plex app has a beautiful clean user interface and sells for $4.99 in the App Store. Plex is a Mac app and here are the requirements to get the Plex app running:
– An iPhone or iPod Touch running iPhone OS 3.0 or higher
– An Intel Mac running Mac OS 10.5 or later
– The Plex Media Server which is part of the Plex Media Center. Under System Preferences in Plex Media Center, enable the Media Server to be “Always Running” so you can get to your stuff without having to run Plex.
– Setting up Port Forwarding to get 3G streaming working
– A 2.2GHz processor if you want 720p on the iPad and iPhone 4
– iTunes Album Artwork is now supported using Plex 9

Issues:
– No volume control in the player
– Slight delay in response when tapping buttons and navigating
– No DRM’ed content like Audio Books