GarageBand is the new iOS app for iPad and iPhone from Apple. For those who enjoy music, not only are instruments often expensive to purchase, but many instruments such as the piano are immobile and cannot be transported easily. Fortunately, musicians who wish to save money and gain the ability to take their instruments wherever they go can take advantage of the incredibly powerful application developed by Apple called GarageBand. 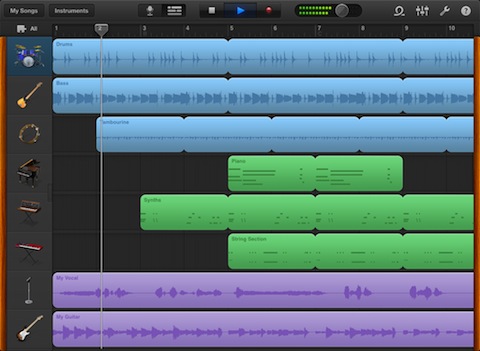 In order to play the many instruments available in GarageBand, the iPad app possesses advanced, user-friendly controls. Each of the controls incorporates many elements of the iPad, such as swiping across the touch screen or shaking the device back and forth. Although many would imagine that using these types of controls in order to play complex instruments would be incredibly ineffective and pointless, the developers have done a surprisingly excellent job of formulating the controls so that the instruments can be played with ease. This aspect of the iPod Touch app is incredibly valuable, as the app would essentially be useless without reliable methods for playing the instruments. 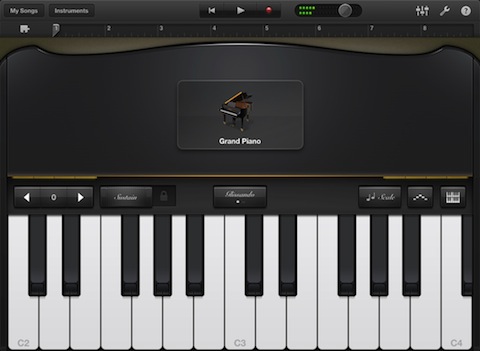 Whether the user chooses to use GarageBand as an iPad app or iPhone app will have an effect over the controls. Because the screen is bigger with the iPad, the layout is changed, and users have more room to maneuver their fingers when pressing keys. When using an iPhone, however, the layout has been condensed and the toolbar hidden from view in order to make it easier to play the correct notes. These controls may be unfamiliar to those who have used the Mac version of GarageBand, but are user-friendly enough that they can be mastered quickly. 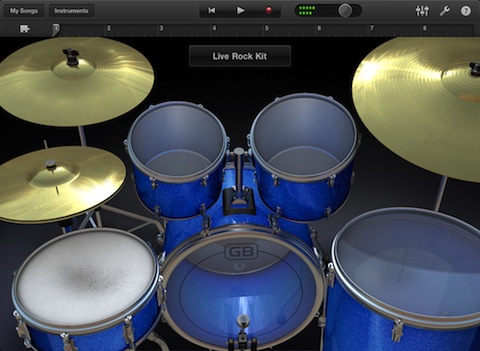 Although the users who will most enjoy GarageBand will primarily be experienced musicians, another advantage of the app is that it is excellent for beginners as well. In order to help beginners, GarageBand comes with in-depth music lessons to aid those who have not yet mastered the available instruments. Not only do these lessons teach general musical knowledge, such as how to read music or keep time, but each unique instrument has its own set of lessons which provide users with valuable knowledge concerning how to play the instrument and even provides practice songs in which the app can determine user mistakes and help make corrections. In most cases, purchasing lessons normally costs hundreds of dollars per month, but these lessons come for free with the price of the app. 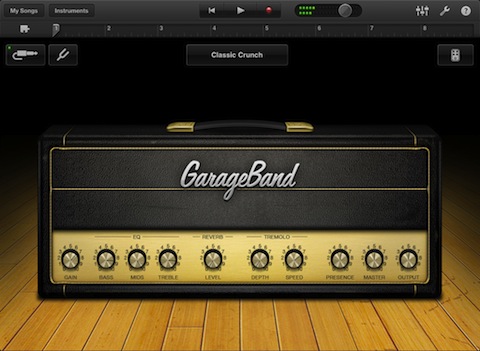 Along with providing a plethora of instruments for users to play, the other prominent feature of GarageBand is the recording studio. In the recording studio, users can create soundtracks using the music that they have compiled with the instruments on the app. Users can play a song using multiple instruments, record the song, and then bring each of the recordings together with sound effects to create the perfect soundtrack. This is an incredibly powerful feature that brings an immense amount of quality to the app and is highly valuable for any musician who has interest in editing the music that they create. 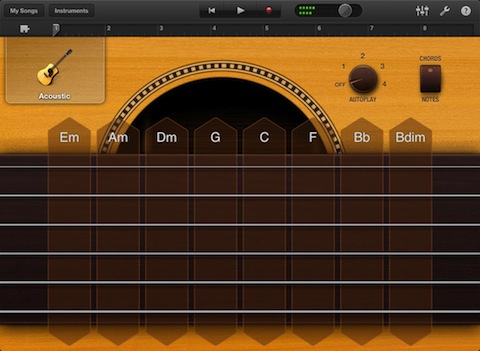 Overall, GarageBand is an incredibly versatile app that is nearly impossible to review negatively. Unlike many similar apps which have failed due to impossible controls, GarageBand effectively allows users to play instruments with ease. For those who wish to play hundreds of instruments from their mobile device or create soundtracks with a recording studio, few options can compare in quality to GarageBand.