Microsoft Office has made its entrance into the App Store with their first app being OneNote. The OneNote app claims to be able to give you the ability to create and sync notes with your Windows Live Online account at http://office.live.com. To use the OneNote app you need to first log in using a Hotmail or Windows Live ID. Unfortunately, users were initially unable to login to OneNote app, due to issues the folks at Microsoft were having with their services, which led to some very bad ratings in the App Store. 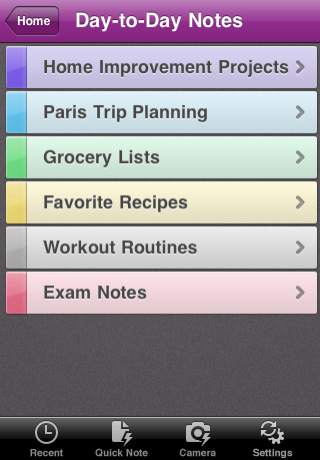 A message from Microsoft states that they are

… aware that some customers are encountering an error during the initial sign in. We are working on an update and should be able to release this shortly

But why on earth would anyone, let alone Microsoft, release an app that requires online authentication without making sure the authentication piece is working? Anyway for now it seems like the login issue has been resolved.

With OneNote for iPhone you can open up notebooks created in Microsoft OneNote 2010 or the OneNote Web App. You need to have iOS 4.2 or higher on your iPhone. 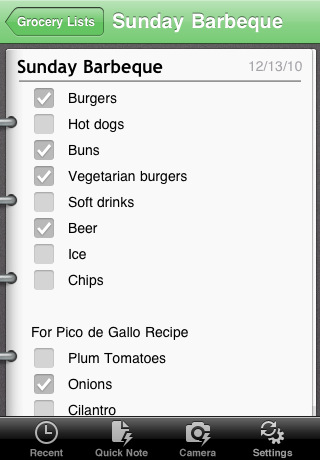 The OneNote features are listed as the ability to:
– Take notes that can include text, pictures, bullets, and checkboxes
– Check To Do items off on the go
– Syncs your notes with Windows Live in the background
– Compatible with OneNote 2010 or OneNote Web App

The graphics look very clean and the layout looks well designed. Create a new quick note, you can add add bulleted list of items or checkboxes to your outlines. Take a picture on your iPhone and attach it inline in your notes. You can slide the keyboard up or down as needed.

On the Home tab you see a recently viewed list of notes, and your unfiled notes. Your notes are synced over the air with the Microsoft OneNote servers so you can view and edit them online at office.live.com and vice versa. After the initial login, you can be in airplane mode on your iPhone and still use the OneNote app to take notes. Syncs aren’t done in real time like you get in Dropbox, but more like what seems to be timed syncs. You can’t create new sections on the iPhone. Only 1 section with multiple pages.

Overall if you are a fan of MS Office and more specifically OneNote, this might be the app for you on the iPhone that syncs online using your free Live.com Skydrive space.