VNC (Virtual Network Computing) lets you graphically share your desktop over a network connection using a server/client system. iTeleport (formerly known as Jaadu) is an iPad application that lets you get to your MAC or Winows computer using VNC and work on them as if you were literally sitting behind them. I’ve reviewed some other iPad apps that let you share desktops that don’t work well at all before (for example iDisplay) and so I was very hesitant coughing up another 25 dollars for this app just to see if it works. But believe me when I say that it actually works, and works super smooth, without any glitches, hiccups, jumps, annoyances or complications.

I tested iTeleport on both a MAC and a Windows machine, and both worked quite easily. The setting up process took about 10 minutes each. It’s not super simple as you do have to follow the step by step instructions given on the iTeleport website. But those instructions are in fact very complete and helpful. You basically have to install a VNC server on your computer. Most recent MACs have them built in your prefs called Screen Sharing, and for windows you can use free VNC server software as shown in the guide. Then in both cases you need to download, install and configure the iTeleport Connect software. You give it your gmail credentials which the app uses to authenticate you across both the iPad iTeleport app and the client iTeleport Connect software.

Logging into your machines from the iTeleport for iPad is very simple after the initial setup process. Just sign into your Gmail account (you can save the password for faster logins) and you will see a list of computers that iTeleport finds with the same gmail account running iTeleport Connect. Tap the machine name and you’ll see messges saying “Authenticating” then “Loading Screen”. Your login screen will appear and you’re in and ready to get going. For Windows computers you’ll need to whip out a 3 finger salute (Ctr-Alt-Delete) shortcut which you can find under the function key shortcut menu. Here you’ll also find other special keys like F1-F12, escape, alt-tab, cut, copy, paste, OK, Pg Up/Pg Down, Pause, Play, volume, and many more. 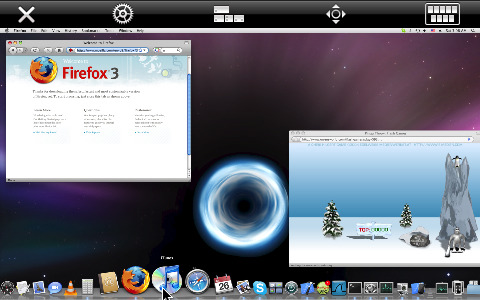 Moving around the screen can be done 2 ways, either with a cursor that you drag around or switch to Touchscreen Mode for a more iPad touch feel. In my opinion using the cursor mode is easier unless you’re using really small resolutions that allow you to see things easier to be able to tap on them. Speaking of seeing things, you can pinch to zoom in on any window on the iPad which is terrific. Tap with 2 fingers for a right click. Vertically swipe up to enter full screen mode, or down to show the toolbar. There are a ton of other key/mouse control options listed on the iTeleport for iPad support page that you can delve into as you get more familiar with the app. If you’re logging in from your iPad 3G you might want to set the Colors in the connection settings to something lower than Millions or even Thousands for faster connections. Refresh rates can be set to either connection decides, conserve battery, or fast refresh. I could not figure out why no sound was ever heard on the iPad through iTeleport. Not sure if it just isn’t supported or if there some other setting that must be turned on/activated. One important thing to note (although we haven’t verified this yet) is that the iTeleport app for the iPad costs $25 and apparently the iPhone version is a separate binary and costs an additional $25, so don’t just download both assuming you’ve already bought one since people are reporting that you get charged for each one individually. So just be careful with that.

If you’re looking for a way to use your iPad as a remote desktop control terminal, look no further than iTeleport. Its a bit pricey but it works and can instantly make your iPad into a powerful and productive desktop machine. Great for doing things like playing Flash, using MS Office including Exchange and Excel, doing productive things for work, and more no matter where you are.