TableDrum is an augmented audio app for the iPhone designed to set the drummer in you free. We have all found ourselves tapping away like professional drummers at some point, and this is your opportunity to hear it with real drum sounds.

What makes the TableDrum app different is that you don’t have to actually tap the screen (although you can) to hear the sounds, instead you can select your components and link them to sounds created by tapping on any other objects nearby. Once you have done that, you can hammer away at your desk, coffee mug or anything else handy. 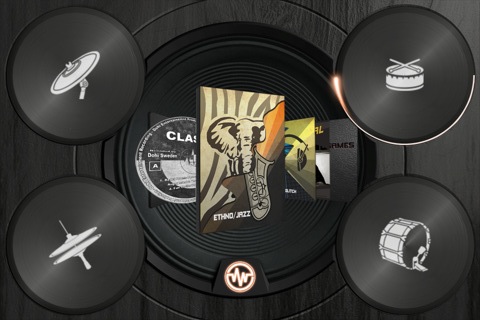 Selecting your components is easy enough, and there are 8 classic rock kit samples included with the app, and more available as in-app purchases (my pet peeve). Linking the objects to sounds is as easy as holding down the object, then tapping on something while the app links the sound. Removing the link is just as easy. The developers do mention that for the app to work at it’s best, you should use sounds that are distinguished and different, which is definately true, and even so I found that some sounds were not picked up particularly well. 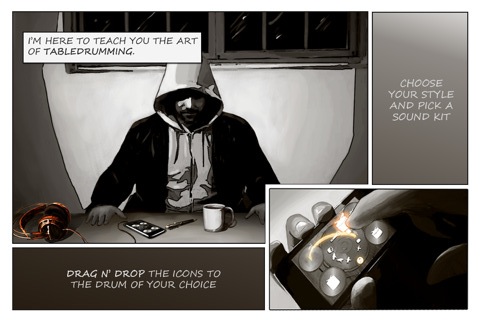 The TableDrum app is undeniably original. On the downside, I found the interface to be colorless and the prescision of the sound pick-up to be very average. The idea is great, but this app will only be good for the above average user who is already great at playing the drums. TableDrum will appeal to those that do actually have some idea of how it should be done.

TableDrum was released at a price that was too high and has now been reduced significantly, something which might have served to dissuade early adopters. The app works on iPhones and iPads in 2x mode. TableDrum is the kind of app that you will either really enjoy, or will be of no use to you at all.