PostSecret is a new iPhone app for anonymously sharing and learning secrets. In today’s society, few people are capable of living a normal life without acquiring at least one secret that they are embarrassed to admit. Unfortunately, few people have any outlet to express these secrets, as they would feel humiliated if their friends or colleagues were to find out. For those who feel compelled to confess their secrets with other people but don’t want to turn to friends, one favorable option to fulfill this need is the PostSecret iPhone app by PostSecret.

The premise of PostSecret is the belief that everybody has some secret they are embarrassed about, yet many people would feel better by sharing it with complete strangers on the internet. Although this may intuitively seem to be a bizarre theory, the reality is that it appears to be incredibly accurate. Before it was an application for the iPod Touch , PostSecret was a website that drew millions of visitors per month, all of which were more than willing to share their most anonymous secrets. 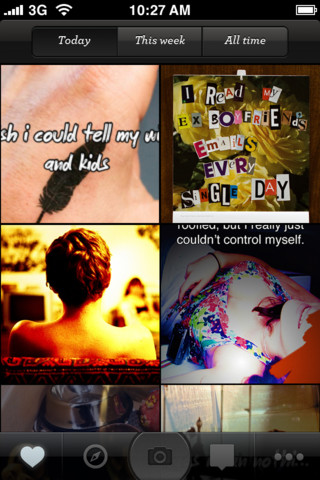 PostSecret works by allowing users to manually enter the details of any secret they wish to share. After the secret is posted, other users can comment on the secret and post their feedback. Depending on the nature of the secret, comments can range from approving and encouraging to vicious and hostile. Along with the ability to share their own secrets, users also have the ability to view other people’s secrets and comment on those. All of these secrets and comments that are posted are completely anonymous, providing users with the opportunity to share whatever they want without any chance it can be traced back to them.

The main disadvantage of PostSecret is that there is no level of moderation on the secrets posted, and some can be quite disturbing. For example, a noteworthy portion of the secrets are sexual in nature and although this may not bother some people, those who are offended easily may likely find many of the shared secrets to be repulsive. Unfortunately, some of the secrets are even violent in nature, and it is not improbable to stumble upon talks of suicide. Because these are not the types of secrets that most people wish to read about, the lack of moderation is a significant downside of the app. 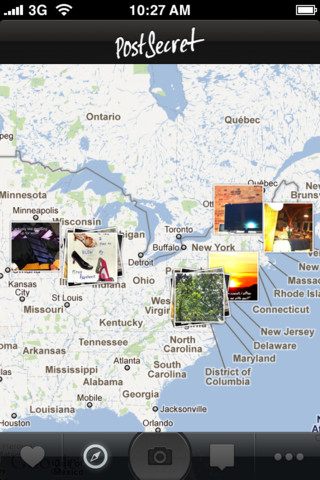 Overall, the PostSecret iPhone app is clearly not for everybody. While many would prefer to keep their secrets to themselves and have no desire to learn of other people’s secrets, those who are looking for a creative outlet to express their secrets without invoking humiliation or those who wish to indulge in the secrets of others will derive great pleasure from PostSecret.