If you want to log into your Xbox LIVE account without having to use a PC or your Xbox 360, this app is for you. My Xbox LIVE lets you read and send messages to your friends, set beacons, watch videos, check out achievements, and even change the clothing and features of your avatar. It may not sound like much, but it’s a welcome addition to any Xbox gamer’s iOS device. All they have to do is download it to their iOS device, log in with their account info and they’re good to go. This iPhone app also works with the iPad and iPod Touch.

There are three main sections for My Xbox LIVE: Spotlight, Social, and Games. Spotlight consists of videos that you would usually see of the Xbox 360 dashboard. From previews and trailers to tips and specials, there’s plenty of stuff to watch if you’re looking for new games to buy or help with one you already own. Social is where your friends list, messages, beacons and avatar settings can be accessed. Just like with Xbox.com or the 360 dashboard, you can see who’s online and what they’re currently playing (or want to play if they’ve created a beacon). 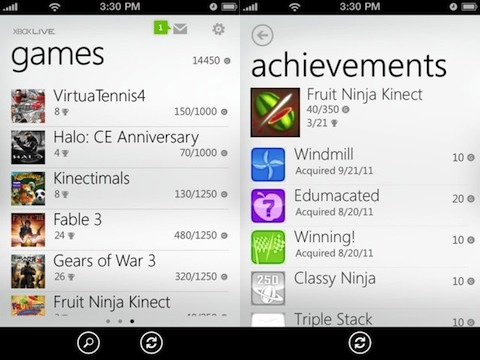 The only drawback involves the Games section. You can only view your achievements and nothing else. If Microsoft adds in the ability to purchase games and downloadable content in a future update, this would be the perfect app for Xbox LIVE gamers. Until then, the best way to use this section is for bragging rights only. That and to show which games you currently own when you meet someone who also own a Xbox 360 and wants to play with you later. Overall, that’s the only thing that’s wrong with this application. 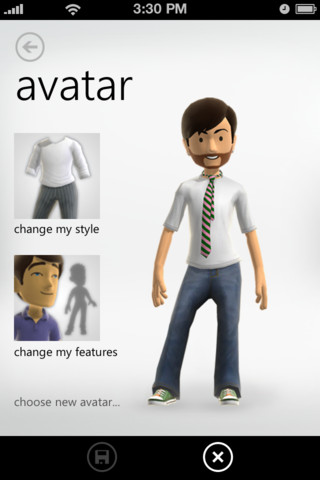 If you want this iPhone app, you can download it for free via iTunes right now. If you don’t own an iPhone, My Xbox LIVE also works with the iPad and iPod Touch. Beyond that, this is the best way for iOS users to manage their Xbox LIVE accounts while on the go or away from their PC at home. It’s just a shame that you can’t buy anything for your Xbox 360 games and avatars within the application itself. Otherwise, My Xbox LIVE would be considered flawless and a must-have at this point. Lt’s hope that the folks at Redmond update it as soon as possible.