Cabela’s Dangerous Hunts 2011 is a hunting app that is both terrifying and thrilling at the same time. It was developed by Activision Publishing Inc., costs $4.99, and is compatible with an iPhone, iPod Touch, and iPad. If you are in the market for an adventure and a challenge then look no further.

This app does not skimp on details. This may be an exaggeration but if Jack London came to life and started creating apps, then Dangerous Hunts would be one of them. To begin you can either practice in the Shooting Gallery or start your missions by selecting Campaign. You get a tutorial of the controls in the Options section. While you are in that section you can also change the sensitivity of the controls. 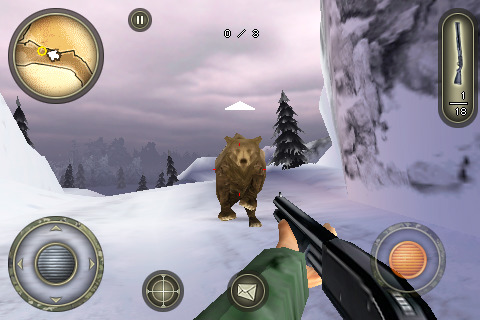 In the Shooting Gallery you get a choice of The Wolves’ Lair, The Pride’s Hide, Alaskan Shootout, Savannah Sunset, Alaskan Troubles, and Safari Frenzy. You pick which scenery and animal match up you prefer and begin shooting. Coordination is really hard to master in this game. The animals are ferocious and fast and by the time your trembling finger has taken aim, they are have pounced on you before you get a chance to fire the gun. 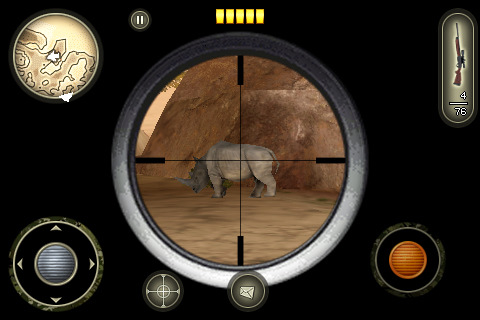 The animals are all snarling with saliva coming from their mouths and crazed looks in their eyes. In the Campaign section you get a mission to complete. You become Cole Rainsford who is reunited with his long lost father in order to go on Safari and hunt the world’s deadliest man-eating beasts that terrorize the area. You start the game with only a knife and as you explore with help from your father, you pick up better weapons along the way. There is a back-story attached to every move you make. 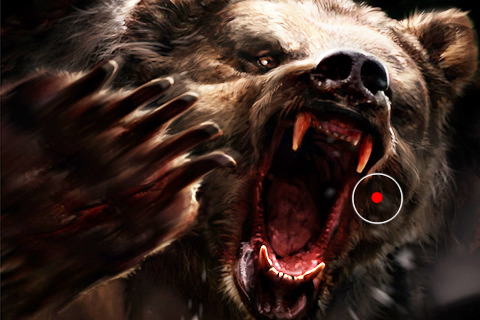 You know you are playing a good game when you start shaking, screaming, or sweating. Dangerous Hunts is a scary, all-consuming experience. Even though it is on the higher side of the app game price scale I think it is worth every penny. If you fancy yourself a shooting pro and you don’t get too nervous under pressure then I think you will do well playing with this app.