Riven: The Sequel to Myst review

Whether or not you were a fan of its glacially paced and bewildering gameplay, Myst was undeniably one of the most influential and technologically impressive games of its time. It was the best-selling computer game in the world for almost 10 years, and its massive success also gave birth to four direct sequels and a stack of related novels and spin-off games. The first of those sequels was Riven, a classic gaming monument in its own right, and currently on sale for half price ($2.99) for a limited time.

Riven picks up right where Myst leaves off, but if you’ve never played the games before, you shouldn’t let that deter you. The story and plot behind these games tends to be so convoluted that people spend years understanding their nuances. All you really need to know is that there are these strange worlds called “Ages”, and you can get to them via special “linking books”. 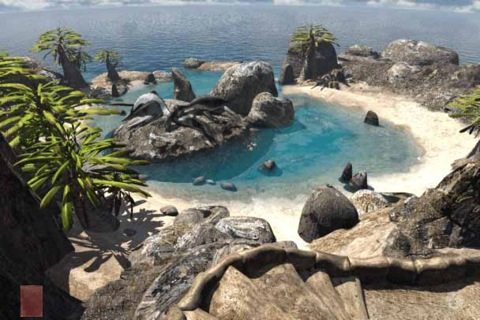 At the beginning of the game, a wise looking fellow named Atrus (played by game developer Rand Miller!) asks for your help to trap his evil father, Gehn. He gives you a special “prison book” and then boots your butt to Riven, an eerie, mostly uninhabited world populated by strange animals, crazy caverns, and a pretty fly roller coaster transport system, where you are pretty much left to fend for yourself

The main thing of note about Riven is that there are lots and lots of puzzles. Pretty much everywhere you look, there’s a puzzle to solve, but we’re not talking crosswords. These puzzles come with no guides and can be fiendishly difficult, often requiring detailed note-taking and near superhuman patience. I’m really not kidding about the notes; you’re going to want an actual notebook if you plan on getting through the game without a walkthrough, because the game won’t spell anything out for you or provide hints beyond showing you hotspots you overlooked. Experimentation and exploration are major components of the game, and there’s no real time pressure or fixed order, so you can wander around, chipping away at puzzles whenever and in whatever order you like. 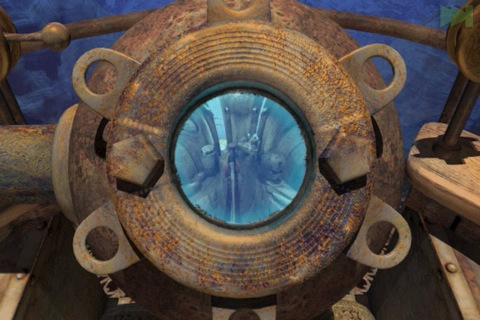 It’s worth pointing out that younger gamers in particular may absolutely hate this game and its near total lack of instruction, but classic gaming fans and nostalgia hounds will be very pleased by this solid port. The new touch interface works surprisingly well, although the double tap zoom gets old very quickly when you’re frustratedly tapping at everything, but the lush, original graphics have held up really beautifully over the years.

Of course, there are two prices to pay for such a rich gaming experience, and the first is file size. This is probably one of the biggest in the App Store, requiring about 2 gigabytes of space to install, so be aware. The second price, the actual cost, is now much more affordable thanks to the limited time half-price sale, bringing it down from $5.99 to $2.99, so if you were waiting for the time to buy, this would be it.

Overall, this is a solid and satisfying port of an older game that, while a little (okay, a lot) slow and slightly creaky, can still deliver a rich and meaty puzzle experience to be savored by adventure game lovers.

This 3rd Party App is available at the Apple iTunes AppStore. Browse the full list of all AppStore apps filed under the AppStore category.
Download Riven: The Sequel to Myst at iTunes App Store
Price: $2.99
Developer: Website
AppSafari review of Riven: The Sequel to Myst was written by Tracy Yonemoto on February 3rd, 2011 and categorized under Adventure, App Store, Featured, Games, Puzzler. Page viewed 7161 times, 1 so far today. Need help on using these apps? Please read the Help Page.