Usually when you see a casual game sequel, it means you’re likely to get more of the exact same, with slightly different window dressing. See the entire Diner Dash empire if you’re not sure what that means; good old Flo hasn’t changed a pixel since her debut. Now, in the case of Treasure Seekers II app for iPhone, there’s no denying that the basic gameplay hasn’t really changed at all from the first game, but the developers took a fairly radical step in (gasp!) aging the main characters! I haven’t really seen that happen since Metal Gear Solid 4. 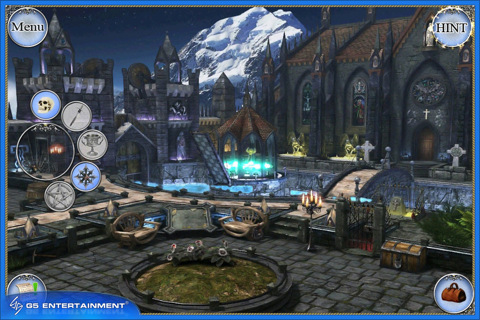 That’s right, this time around, sibling duo Nelly and Tommy are all growed up and still thirsty for adventure. But instead of a Huck Finn trek down the river, things have taken a turn for the supernatural. Tommy’s managed to get himself lost in a series of mystical paintings known as–wait for it–the enchanted canvases! And it’s up to big sis Nelly to save the day.

Hidden object veterans shouldn’t expect any major surprises when it comes to gameplay. There’s the same item hub system from the first game, where you must first identify key objects in the scene to unlock a set o’ stuff for you to hunt down. And there are still a large range of mini-games to keep your brain engaged inbetween all the hidden object finding.

Although the overall plot is mostly nonsense and bears only the slightest resemblence to the old game, Treasure Seekers II is still a fun ride. The supernatural elements of this game make for more interesting and varied scenes. Instead of rooting around in some old shack looking for boat parts, you can instead explore lovely and dark fantasy realms, with top-notch graphics that are beautifully suited to the idea of stepping into a painting. The fact that you run into ghosts, genies, and Cthulu-esque monsters are a huge stretch plotwise, but you’re not really playing this game for the plot anyway. 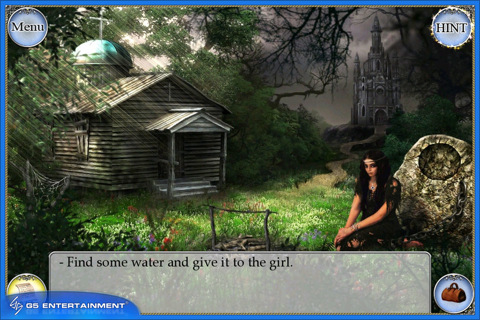 The tiny screen size is still a problem this time around, and you’re forced to rely way too much on the zoom to find anything, but it’s to be expected of a PC port. Happily, they’ve tweaked the Facebook integration a bit so it’s not quite so obnoxious at the end of each section, but there are still irritating pleas for a review every once in awhile.

Overall, it’s still a fairly simple game that won’t take up too much brainspace, but they’ve included new difficulty levels, so if you want to give yourself more of a “challenge”, you can set it so your hints take longer to recharge, for those of you who like to savor the antici…pation.

Bottom line: Just like the first one, but with prettier pictures and grown-up protagonists. Thanks to the tiny screen, it won’t rock your world, but it’s cheaper than the PC version, but it still sports the same sky-high production values.

Here is a video demo of the Treasure Seekers II: The Enchanted Canvases app on the iPhone