The Show Must Go On review

The Royal Opera House of London commissioned the production of an application for the iPad and iPod touch with the goal of expanding their brand name into the digital market. The opera house decided to team up with Hide & Seek Studios with the goal of creating a program that would introduce operatic music to today’s audience of mobile device users. The result of this collaboration is The Show Must Go On, in which players assume the role of a stage manager of a fictional opera house. 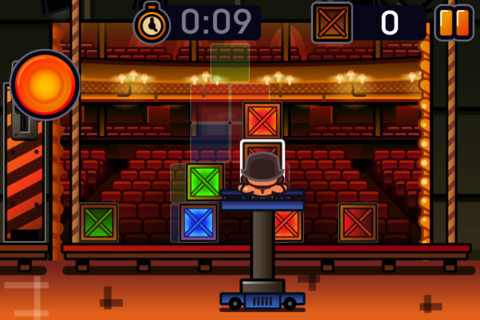 Concept
Players assume the royal of an opera stage manager who is facing a wide variety of problems regarding his upcoming productions. At the start of the program, players are tasked with ensuring the production of Swan Lake goes off without any hiccups. There are 5 stages total for the player to complete, each one with its own unique song. To ensure nothing goes wrong with each production, the player must explore the theater and talk with various crew members. These characters will notify the player of any problems that requires their attention, such as band members who might be missing their sheet music.

Controls
The gameplay alternates between an exploration mode and an action platforming mode. During both of these sequences, the player must use their mobile device’s touchscreen to control their character’s actions. The controls were adequate for the most part, although they sometimes made it difficult to select individual objects in the program. Another complaint is that the main character moves too slow during the adventure sequences. Finally, the game does not provide players with the option to skip dialogue sequences, which makes for some tedious gameplay for those on their second play through. 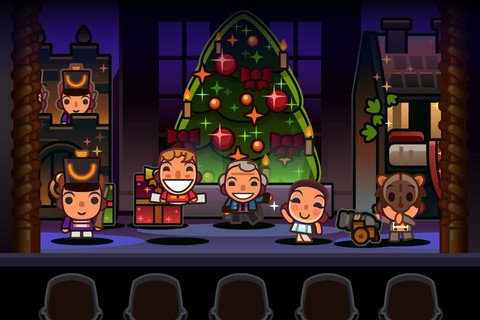 Graphics
The program uses a humorous, cartoon style to bring the opera house alive. While these graphics aren’t anything to write home about, they aren’t the worst around either. It’s no surprise though, since the music is the real focus of the program. However, there are a few moments where the graphics are used to a very great humorous effect.

Audio
Featured in the iPhone app are five classic opera songs, which the player will hear piece-by-piece as they accomplish individual tasks around the opera house. Once the player finishes all their quests, they are treated to the full version of the song. The songs featured are: The Marriage of Figaro, Swan Lake, The Nutcracker, Carmen and a special mystery song at the end.

Value
The Show Must Go On only costs around $1, which means that it’s really hard to complain about it too much. The five songs that are included with the program are worth more than that by themselves, not to mention they’re bundled with a decent program. Although it doesn’t do anything especially well, The Show Must Go On is a fairly unique program and well worth the price.

This 3rd Party App is available at the Apple iTunes AppStore. Browse the full list of all AppStore apps filed under the AppStore category.
Download The Show Must Go On at iTunes App Store
Price: $0.99
Developer: Hide and Seek Productions Ltd
Version: 1.0
Size: 111.94 MB
AppSafari review of The Show Must Go On was written by Darius Reimm on November 16th, 2011 and categorized under Action, App Store, Arcade, Fun, Games. Page viewed 4368 times, 1 so far today. Need help on using these apps? Please read the Help Page.