Galileo Offline Maps by Evgen Bodunov is an iPad, iPod Touch and iPhone app that enables you to check maps offline, without needing an Internet connection. The app itself is free, but there are pay features that you may find useful. In this review, written on an iPod Touch 4, you will find out if the application is worth downloading or not.

There are many map apps on the Apple mobile systems, and many of them are free, so what separates them and Galileo Offline Maps? The main thing that separates this app is that the maps can be viewed offline, so just in case you are in an area without any WiFi service, you can still check out recently loaded maps. 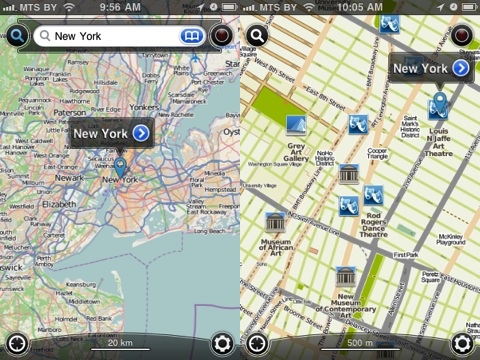 Strengths
One of the biggest strengths of the Galileo app is that you do not need the Internet to check out maps. Not only that, but the maps themselves are very detailed. While it may take a little while to find what you are looking for, since you need to zoom in manually from above, this is only because the maps have so many different towns, streets and cities.

Ease of Use
This app is pretty easy to use and follows the same interaction as you’re already used to. You can double-tap an area to zoom in, or you can just push two fingers to the screen and extend them to zoom in on a section. There are other tools that you can select from the options screen, and set paths or use GPS tracking.

Value
The value of the paid version of this program, or rather after you buy all the tools, is very high. You are able to track your location, and you are easily bookmark areas and build paths from one area to another. 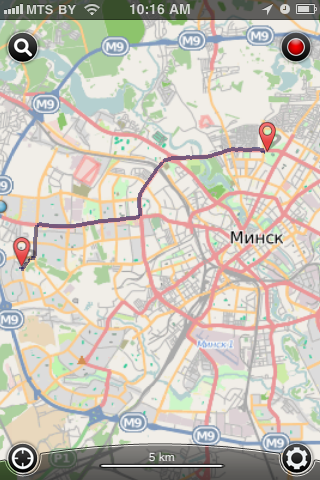 The free version is a little lacking. You can look at the map, but that’s about it. All of the other good features must be paid for before they can be used. Because of this, unless you are willing to spend the $4.99 for the other features, this app isn’t that plausible as it stands.

Speed and Performance
You can easily zoom in on the map, and the program tends to work quickly. However, there is a problem when you are zooming in that made it a little difficult to find certain places.

When you zoom in enough, the Galileo renders a more detailed view, such as adding the names of towns or streets. However, all of the map tiles tend to slightly change when this happens, and it is a little jarring to look at. Due to this, it can be difficult finding the exact place you are looking for.

To fix this, the app developer should consider making the zoom in more fluid and easier to work with.

Overall
Galileo Offline Maps is a good program for looking at place and making paths. However, unless you are willing to pay money for the other features, then this program isn’t very powerful.