Are you a soccer fan? My Soccer PRO is powerful and free app (for now) that gives you live soccer scores, news and push notifications and alerts when goals are scored covering over 600 leagues worldwide. Live matches are updated with details including scored goals, penalties, cards and substitutes. The app will be changing to a pay version soon this summer and we are not sure how much this will cost but looks like it will be around $1.99. The new My Soccer Pro will have World Cup 2010 updates and the 2010/2011 football season. This application will stop working this summer. This PRO version of the My Soccer app covers probably almost every league you would ever want to follow from both men’s and women’s leagues including: 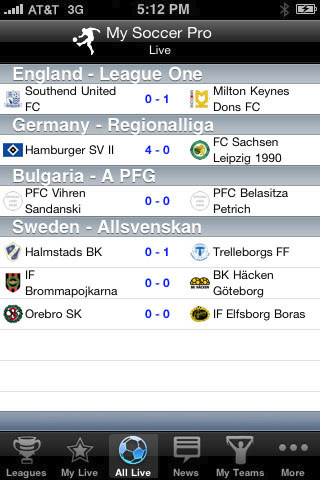 2 Comments to “My Soccer PRO”