Wanna dim the lights using your iPhone? PixieLinc by AYEFON allows you to control your X10 powerline devices using a native iPhone app and the Smarthome SmartLinc server. It does this by encoding and sending the X10 direct commands to the Smartlinc installed on your home network using vanilla HTTP GET requests. This app takes care of encoding those requests for you. All you have to do is specify the usual house code and unit codes. All 256 possible combinations of the 16 house and unit codes are supported.

Please note that no effort has been made thus far to incorporate the Insteon ™ control functions of the SmarLink in this version. This is strictly for those of us that are still working with the much less expensive X10 modules but who are tired of dedicating PC’s and using other hacks to get our CM11’s and Firecrackers, et al to work. I’ve done all of those and have settled in on the Smartlinc as being the easiest and most cost effective way to control my fleet of X10 powerline modules. 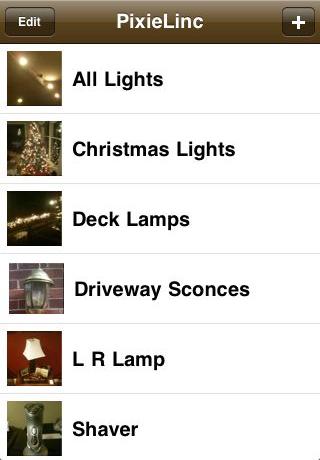 This is a simple app that uses the straightforward house code and unit addressing familiar to anyone that uses X10 modules. This app translates those into the direct command language used by the SmartLinc for X10 control.

Finally the “Pix” in PixieLinc comes from the fact that the app leverages the camera/photo album features of the iPhone/iPod Touch to allow you to tag your module listings with a picture of your choice so you can easily identify what is being turned on, off or being dimmed. 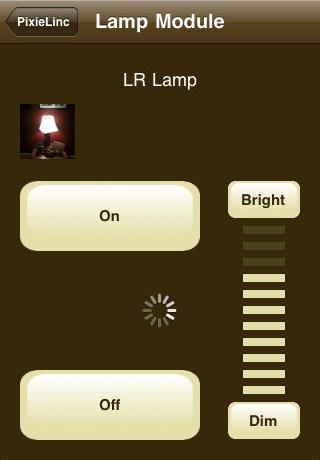 Little bit of History:
This software was originally released under the name “X10 Home Control” as a self installing linux distribution with the control script packaged so that you could easily turn almost any old spare PC that has a network port and a serial port into an X10 “server” that you can control wirelessly using your iPhone as the remote control using a PHP script and a 3rd party app that sold for $9.95 and was only able to be installed on jail-broken iPhones. You could still see the simulation of the old webbapp and read the developer’s website for the full details on how to download the software package and install it. Obviously you will need to have X10 hardware for this to work. This was kind of geeky stuff so you should be comfortable with installing and configuring web servers. Otherwise, now you can just buy the Pixie Linc app and get your iPhone hooked into your X10 system much easier.