When it comes right down to it, would you rather play with a field of corn or a pen of adorable baby giraffes? This is the question facing fans of management simulation games today, because while you could play Farmville, Farm Story, or even Zombie Farm, you could also forget about farms for awhile and focus on cute animals in Tap Zoo instead! Because who doesn’t love cute animals?

Although it’s effectively the same old gameplay we know and love, Tap Zoo has the dynamic interaction element working in their favor. Animals are more fun than crops, especially when the graphics are crisp, clear, and engagingly animated. Tap Zoo really delivers with a healthy dollop of fun, cartoony appeal. There are dozens of animals to add to your zoo, but also a ton of additional elements that help keep the fun going. 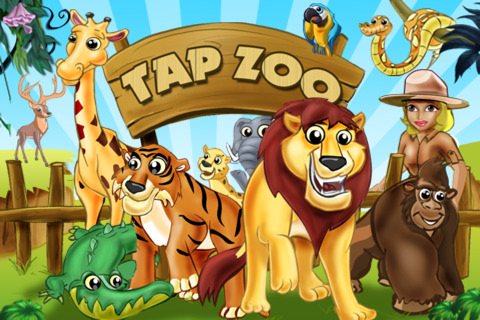 More than just checking in on the animals on a regular basis, you want to make your zoo shine and pull in more visitors. This means that in addition to a wide variety of wildlife, you also want the place to look attractive and have important extras, like restaurants and gift stores, to keep your many visitors happy. You can also bring in zookeepers to keep the place tidy, and all of these factors contribute to your zoo’s overall grade (and money making ability), which are used to compete with other zoos.

Interaction amongst the zoo community isn’t as strong as it could be, but it is kind of there. You can go to visit your neighbors’ zoos and check out what kind of decorations and animals they have, but there’s no way to connect up with particular people, which is somewhat disappointing. 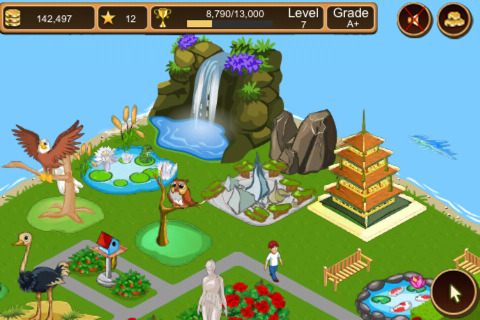 Another feature which fell short of expectations, despite a ton of potential, was the nursery. I was super excited at the prospect a breeding a ton of baby animals, but while you’re able to breed animals, you never get to see them. Instead of adorable bundles of beast, all you get is another number added to the pen of whatever animal you raised, which is fine, but not what I was hoping for.

All things considered, Tap Zoo is actually quite a satisfying and robust entry to the sim market. It doesn’t add anything original or challenging to the model, but the interface is clean, the animal designs are cute, and the overall gameplay solidly delivers the same steady stream of reward that millions of farming sim players have come to know and love. If you love animals more than fields of wheat and tomatoes, check out Tap Zoo for a change.