“Allow me to introduce myself. I am Father Beefcake McHunky of the Congregation of Supernatural Woo. I’ve been sent to this tiny Transylvanian village to investigate claims of evil blood-sucking creatures prowling around. Yes, I know vampires have become a sparkly joke in monster circles these days, but they’re very thinly based on history, so the Vatican has ordered me to treat them as deadly serious issue; Dan Brown requires inspiration for his next book, after all. Lucky for me and my painfully bland personality, there don’t seem to be any vampires here AT ALL, so instead, please enjoy my impressively chiseled chin and priestly pecs as I talk to a village populated by bad voice actors.” 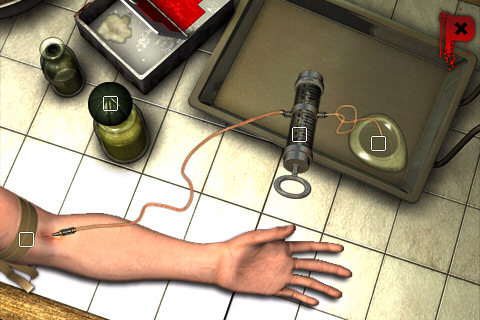 Okay, so that’s not quite the plot of Dracula: Path of the Dragon – Part 1, but it’s not that far off. A point-and-click adventure game, somewhat in the style of Myst, Dracula shows some promise, but it gets off to a very slow and rather rocky start. It’s packed with appropriately moody ambiance, but there’s still an inexplicable lack of vampires. It’s part one of three, so I can only hope that our fanged friends will show up at some point, but the first portion seems to consist almost entirely of wandering around a backwoods Transylvanian village.

Instead of a classic point-and-click interface, Dracula handles very much like Return to Mysterious Island, with full 360 degree views, but using arrows to move from screen to screen. It’s a bit like wandering around via Google Street View, which actually gave me a bit of a headache at times, but it does allow you to see a lot more of the environment than, say, the static scenes of 1112. In general, the visuals are impressive in their detail, but the overall art style and character designs aren’t particularly memorable. 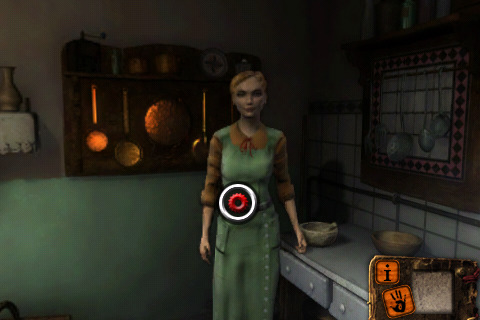 In fact, the characters in general were just rather lackluster. The main character, Father Arno Moriani, is a good man and dedicated priest, but he’s also less interesting than a blueberry muffin. It’s clear the other characters he encounters are intended to be a little more lively, but the voice actors bringing them to life just don’t quite have the chops to make them any other than amateurish caricatures. Some are certainly better than others, but a few are just cringe-worthy, which utterly ruins the otherwise creepy atmosphere and horror setting.

I’d hoped that the puzzles might make up for the awkward voice acting, but the game disappoints there too. Instead of deep, intellectual challenges a la Myst, you get spoon fed a lot of boring, “okay, now put this item here” pap.

I could forgive the basic puzzles if the story were compelling, and if the puzzles were excellent, I could care less about the story, but without either one, the game just feels largely empty and even kind of pointless. Admittedly, Dracula: Path of the Dragon – Part 1 is affordable at only $0.99 and has the potential of picking up in parts 2 and 3, but the first installment sorely misses the mark on spooky fun.

Here is a video demo of the Dracula: Path of the Dragon – Part 1 app on the iPhone