Looking for a free retro style iPhone game in the App Store to kill some extra time? Retro Adventure brings back memories of 16-bit side scrolling action games, reminiscent of Super Mario knockoffs which were a dime a dozen back in the Super Nintendo, Sega Genesis and other 16-bit gaming systems era. However, unlike many of the knockoffs from this time period, the graphics are very clear and crisp. The soundtrack is acceptable, but with only five chip tune tracks available throughout the game, the music gets old quite quickly.

The graphics are colorful and given that this is a side scrolling platformer designed with the intention of having 16-bit era graphics, the graphics are acceptable for what the game is. Numerous different creatures and obstacles make this game constantly interesting, while not too difficult for the average gamer. 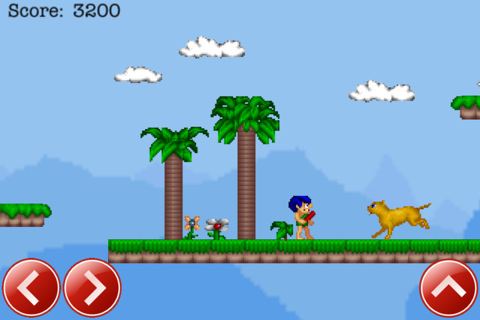 Jason Hollyoak, the seller, plans on adding new levels, enemies and more to updated versions, which will help ensure that the game never gets boring. This iphone app is definitely an excellent addition to any gamers collectioon.

The controls of the game take a bit of time to adjust to, especially for those who are used to playing PC or console gaming systems. However, after about 10 minutes, the game becomes much more easier to control. The developers implemented special features to help with the sensitivity of the controls, so unlike many other platform side-scrollers, especially this iPhone game, you will not have to spend most of the game trying to avoid falling off of ledges. 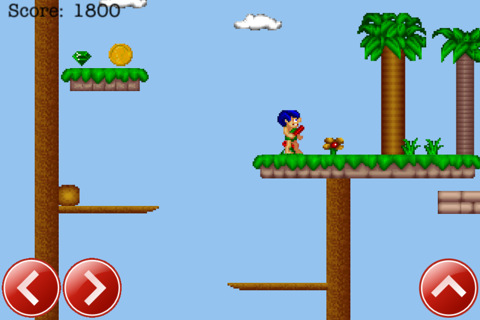 Retro Adventure can be a rather frustrating game, with the clunky controls compared to a PC or video game consoles. However, this is the case with many iPod touch and iPad games due to the small screen size. Compared to many other iPod touch, iPad and iPhone games, Retro Adventure controls relatively well. With a rather easy learning curve, it does not take long for you to get engaged in the game and begin playing.

Whether you are 8 or 40, Retro Adventure provides hours of entertainment. The simplistic storyline, not very steep learning curve and relatively good controls for an iPhone & iPod Touch game, it is very easy to get started and addicted to. I would definitely recommend this game to anyone who is interested in side scrolling action games, or is just looking for a free game to occupy time while waiting at an airport.