Ricky Carmichael’s Motorcross Matchup Pro is an iOS game that is currently available for download on the iPhone, iPad and iPod touch for free. The app was developed by 2XL Games and is currently on the best racing applications on the market today.

Ricky Carmichael’s Motorcross Matchup Pro allows you to race against other people from all over the country. Thre are 10 tracks total both indoor and outdoor. Every race will give money to the winner which can be used to unlock upgrades to your bike. There are a wide variety of tracks to choose from, and a recent update of the application has added even more tracks. If you become good enough, you can even win real life prizes. Anyone that loves racing or motorcross will have to download Ricky Carmichael’s Motorcross Matchup Pro and test their skills. 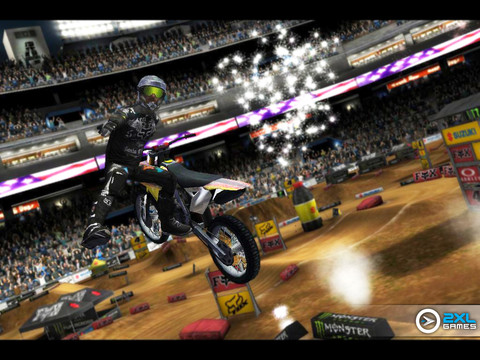 Without good controls, then RCMM Pro would not have be successful. Nobody wants to be racing against their friend and lose because the controls screwed them up. Luckily, this will never happen because the controls are very tight and responsive. If you want to get fancy, stunts can even be performed during the races.

The audio is another strong feature of Ricky Carmichael’s Motorcross Matchup Pro. The bikes sound authentic except for the volume level. There is no commentary, but that is to be expected for a free iPhone app. The commentary would have added to the experience, but nothing is taken away from the experience without it. 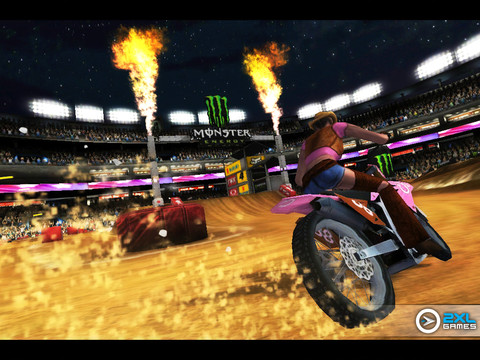 Ricky Carmichael’s Motorcross Matchup Pro is easily one of the best games that you can download on your smart phone. When you add that the application is free, then you are getting an extreme value. There are in-app purchases for packs of Gold Wrenches for those who want to have a bit more fun. These cost anywhere from $0.99 to $19.99 per pack. The game also has a built in achievement system and leaderboards. If you love great games, then you must download this one. Ricky Carmichael’s Motorcross Matchup Pro easily gets a score of 5 out of 5 stars.