Simple, repetitive, but fun and satisfying. Emissary of War is an iOS game for iPad and iPhone that is a cross between Runescape and Johnny Bravo. Playing Emissary of War was fun for about 15 minutes and then started to feel a little repetitive. The concept is very original but it has a way of making you want to beat it. It was very simple, needless to say I was only really playing with one hand. I did indeed finish it, but of course you do have to pay for part 2. I did buy part 2 and the application does wrap up very nicely.

I can really see how some people would really want more, but this simple repetitive application did have fantastic graphics for its genre. The background and style really gave it a bit of a Lord of the Rings feeling. The music in this iPhone app was very surprising. It really reminded me of “The Two Towers” for PS2. 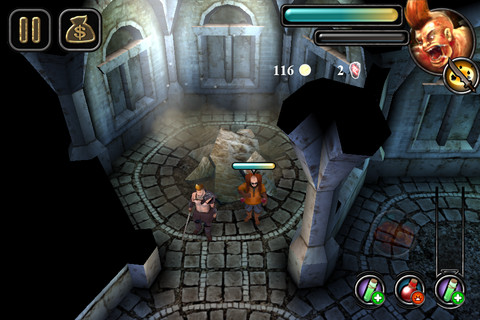 The controls were very easy and you only need one finger. What really made me like this game was the fact that you pretty much had unlimited health which you don’t see in many of these apps.

In all honesty I have to say the voice acting was very goofy. While there were some funny parts, when it was supposed to be serious it just did not succeed. The audio was very nice in Emissary of War, when you hack and slash enemies it was very satisfying to hear.

Another really neat thing the developers did was make the game work for the old iPod touch, which is slowly becoming a rare thing now. I have seen gameplay for Emissary of War on the iPad and it does look quite fun. 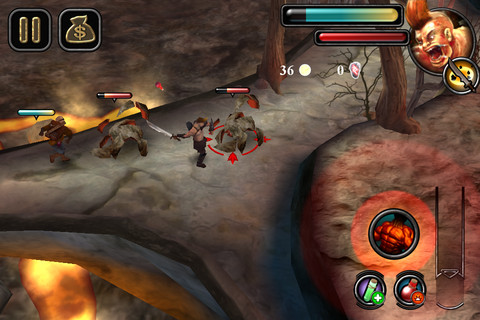 The value of this app is of course good since it is free but as for paying for chapter 2 it really is a tough call. Emissary of War to me is something you would play to get through an hour of math class. You really will want to buy Chapter 2 to see how things turn out but the price is very cheap so you don’t have much to lose.

I would recommend Emissary of War to Runescape or Lord of the Rings fan. Though it is very easy, it does get sort of addictive with combat and collecting items, not to mention the witty dialogue. All in all I will have to give Emissary of War the credit it deserves.