Here’s a Preview of the upcoming sidescroller iPhone game, Ashley Ao developed by Honey Tribe Studios and Salamandaga. The Ashley Ao app leaps into your iOS device or Android with fierce combat and an epic foot race.

Here we have a sci-fi iPhone game that pits the title character Ashley Ao against a swarm of aliens in a race for the planet’s resources. A hired exterminator of sorts, Ashley can’t let any of them beat her to the goal, so what can a lone human do? Why, uppercut those little critters in the back of the head of course! 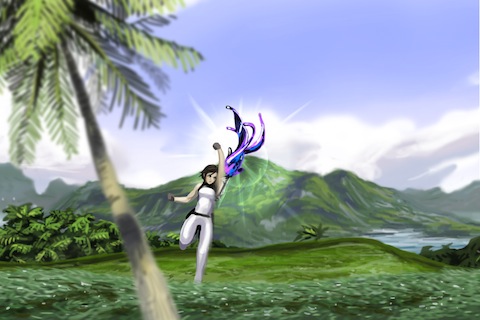 Let loose some elbows, kicks, and uppercuts on enemies as you maintain your running pace throughout the environment. Switch between the foreground and the background as you dodge enemies and give yourself speed boosts to catch up to faster creatures. Every enemy that beats Ashley to the planet’s resources will affect your ending, but in what way? That’s a secret for you to find out!

Excellent hand-drawn digital art style, detailed and varied backgrounds, fluid animations, and unique creatures running about, Ashley Ao captures the anime feel and its gameplay has a fusion of the classic side-scroller beat-em-ups like Final Fight or Double Dragon and fusing it with the distance-runner genre that blossomed thanks to the mobile App market. 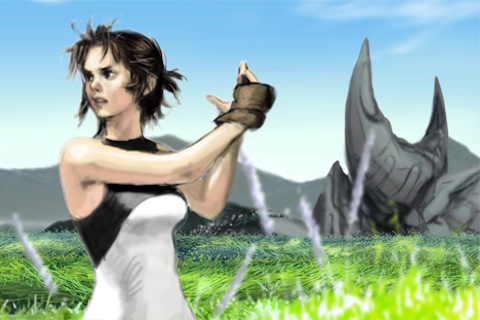 You really should check out its trailer and listen to that music. If that is featured in Ashley Ao then the mood will be dark, futuristic, and epic while you race against the masses. Now that’s epic.

All of it seems pretty sweet so far right? Well with the promise of improved animations (even better than it already is), simple controls, and multiple game scenarios, the team at Honey Tribe Studios is working overtime to present a quality app that deserves your attention.

Oh you can bet that I am looking forward to Ashley Ao. And if you want to try something familiar but completely new with great art and music, keep an eye out for its release. The release date is to be announced so check in with Honey Tribe Studios over at http://honeytribestudios.com. Oh yeah, and if you really want to know how I feel about this one, just look at the first letter of each paragraph.