The Commodore 64 is a legendary home computer system best known for the effect it had on the then-fledgling gaming industry. Today, the Commodore 64 and its massive software library live on through emulation. One such emulator is the Commodore 64 app for the iPhone and iPod touch developed by Manomio, an innovative software studio who specialize in retro gaming for iOS and Android.

In the App Store, Commodore 64 sells for $4.99. For the purposes of this review, we played it primarily on the iPad 2, but we also compared it briefly as an iPhone app on the iPhone 4S. We did not, however, try the application on the iPod touch, and we found the iPhone screen to be a little small for playback. Even these 8-bit graphics benefited greatly from the ample 2x display of the iPad. 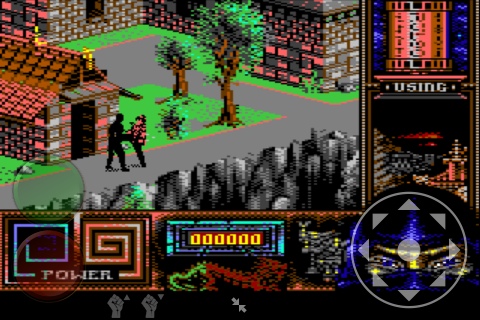 The neatest thing about the Commodore 64 app is that it’s a full-fledged emulator, and you can even code programs using the native BASIC 2.0. Of course, the potential from that is rather limited, and it doesn’t have a lot of value beyond that brief cool factor. What could give C64 lasting value is the built-in game library: Arctic Shipwreck, Dragon Den, Jack Attack, International Basketball, International Soccer, International Tennis, Jupiter Lander and Le Mans.

It’s worth noting that originally, C64 also came with the very popular B.LEE as well as some other favorites. The “catch” with C64, however, is that you can expand your library with in-app purchases, and at some point, Manomio felt they were better off having B.LEE and other games on their virtual shelves. This infuriated many fans, especially since anyone who upgraded to the latest version lost B.LEE and other good games they previously had the rights to.

So the latest version of the Commodore 64 app is a bit of mixed bag. If we review it solely on a game-by-game basis, it’s a great app. Manomio does an amazing job creating C64 atmosphere, and the virtual joystick is tremendous. About the only thing you miss out on is the aches and pains you used to get in your hand from throttling those too-small joysticks for too-long periods of time. Even the virtual retro keyboard looks and acts authentic, and for those of you old enough, it will bring back some good memories. 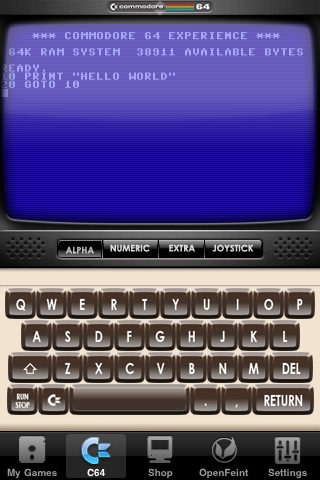 However, as a platform, C64 for iOS is disappointing. It only provides you with eight games, and none of those games are on anyone’s favorites list. Better games are available, but of course you have to pay as much as $1.99 for each one of those, and that’s simply too much. You can spend less buying modern iOS games that really push the iPad and iPhone to its limits.

Also, it’s hard to warrant spending this much on this app when you can download a PC-based C64 emulator and nearly every C64 game ever made legally for free. Almost all of these games are in the public domain or are abandonware. So considering all that, this isn’t an app we’d recommend to anyone other than most hardcore retro gaming fan, and we don’t see ourselves playing it very much in the days ahead.