Do you like to Farm? The free FarmVille app from Zynga is coming to the iPad, iPhone, and iPod touch tonight. Farmville has been the notorious simulation farming game on Facebook and now all iPhone and iPod touch users will be able to start planting, growing and harvesting virtual crops and trees, and raising livestock on the go.

Plow, plant and harvest on the go. If you are a current FarmVille player, you can access your existing Facebook farm, and new users can create a farm. 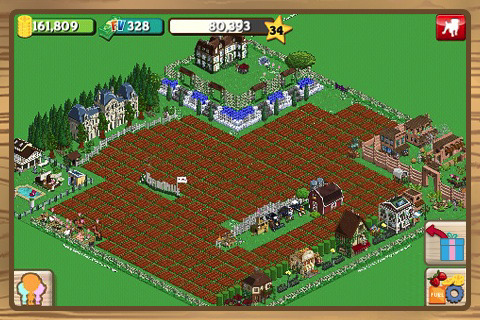 You need a Facebook account to play FarmVille on your iPhone. In-app purchases let you add cash and coins which you can use in the market. You can send and receive gifts, use updated tractor features on the iPhone.

FarmVille has integrated push notifications in their iPhone app which will help you avoid withering crops.

Choose from a variety of seeds to grow beautiful fruits and vegetables. Earn coins and XP to decorate your farm or expand your acreage. Work faster with vehicles like tractors and seeders, and rear livestock including cows, sheep, and pigs. The more you help your neighbors, the faster you’ll level up. Exclusive iPhone/iPod items available! 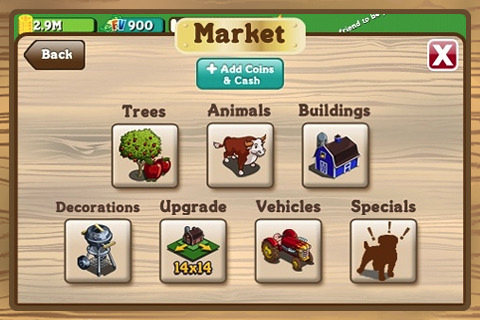 Since last June FarmVille has gobbled up over 82.4 million active users and over 23.9 million Facebook application fans on Facebook. As announced at the Apple WWDC event CEO Mark Pincus, the port of FarmVille is now available for iOS and iPhone 4 users in the App Store. Clone type games of FarmVille for the iPhone have resulted in clone-type games from rivals including the popular “We Rule” app from Ngmoco.

The FarmVille app works on iOS 3.0 or later and has been tested on the new iOS 4.0 as well. The app download size is 9.7MB.

As of today it is only available in the New Zealand App Store, but starting Thursday morning, the FarmVille app will be available worldwide.