BackStab is the newest universal offering from Gameloft, compatible with iPhone, iPod Touch, and iPad, and is most easily described as “Pirates of the Caribbean meets Grand Theft Auto meets Assassin’s Creed”. Yes, it’s that good.

BackStab puts you in the role of Henry Blake, a man out for justice on an 18th century Caribbean Island with no regard for the law. Gameloft went above and beyond with their 3D environment, and it is absolutely gorgeous (and that truly isn’t a word I throw around lightly). Before you’ve played a moment of BackStab, the opening movie sequence lets you know you aren’t in for a typical iOS gaming experience. This isn’t a game you’re likely to put down in a few minutes, rather, you’ll quickly become immersed in BackStab’s story and want to complete mission after mission. BackStab truly plays like a next-gen portable title, and is the next Infinity Blade in terms of displaying the gaming ability of the iOS. 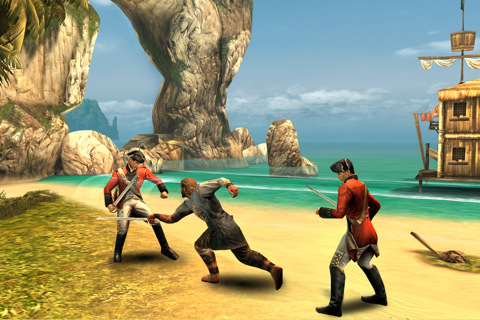 The voice-acting in BackStab is superb. I wish that more game developers would recognize how off putting poor dialogue can be, not only on iOS, but other platforms as well. While there are occasionally some repetitive bits of dialogue in a mission, the ambient noises, the sounds in battle, and the passionate pleas of the citizens make taking on the role of Henry Blake even more realistic.

I feel as though I would be remiss without mentioning the fact that BackStab is rather graphic for an iOS game. Blake regularly bombs, stabs, and even decapitates any Spaniard he comes contact with, and there is a fair amount of blood present throughout the game. I hope titles like this will lead to an eventual use of ESRB ratings for mobile games, but for the time being, take the 12+ rating seriously if you’re looking at this game for your child. If this were on another platform, it would easily be rated “T for Teen”, and the blood and violence is something that shouldn’t be ignored. 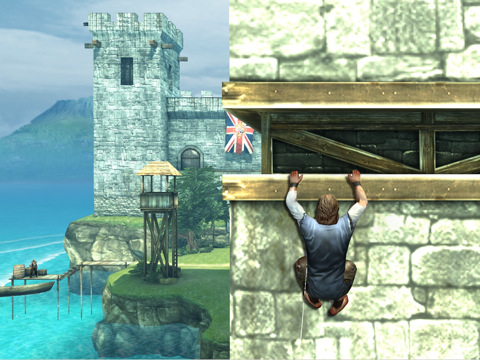 Gameloft’s “open world” environment is remarkable, and if you’ve played their Gangstar title, you know they’re serious about creating massive explorable environments. BackStab takes this concept one step further by allowing players to mark the spot (with an “X” of course) where they wish to head next on the map. The system works beautifully and adds a sense of extra control over Blake that is enjoyable. 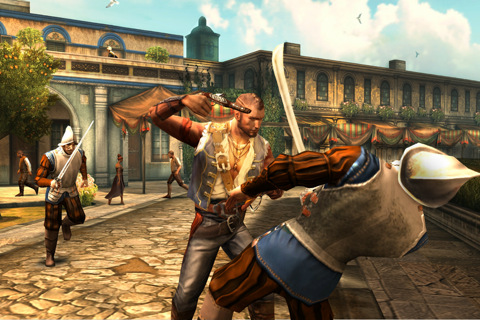 BackStab was a huge hit at E3 earlier this month and for good reason. It’s gorgeous, it’s immersive, and most of all, it’s an enormous amount of fun. While a multiplayer mode is sadly absent, the achievements and single-player story alone should be more than enough to make this title worth your while. This is absolutely one to pick up for $6.99 in the App Store, if nothing else to showcase the quality of gaming possible on your iOS device.