In the past, advanced RPG games could only be played on immobile consoles such as the Nintendo or Xbox. Thanks to mobile devices such as the iPad and iPod touch , however, even advanced games can be played without a console. One RPG game that is particularly advanced for an iPhone app is Fara.

The app Fara revolves around an archaeologist who uncovers a strange artifact and is magically transported to a mystical island. The archaeologist finds himself with an odd squid-like animal attached to his arm, which provides him with advice on how to navigate the new world as well as imbuing him with useful powers. As the app progresses, more of these squid-like creatures attach themselves to the archaeologist, providing him with additional powers to defeat his foes. 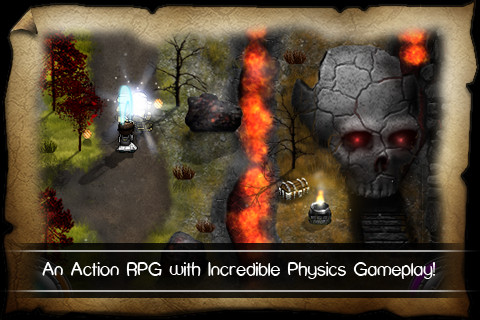 One appealing aspect of Fara is that it contains many advanced RPG elements and is fairly well-developed for a mobile application . As with most RPG games, the player starts out weak and almost defenseless, but as the storyline progresses, he acquires new skills and improved stats that can allow him to handle quests and defeat monsters more easily. The app is in a “sandbox” style, which means that players can complete side quests when they arise and it is not necessary to complete the missions in any particular order. 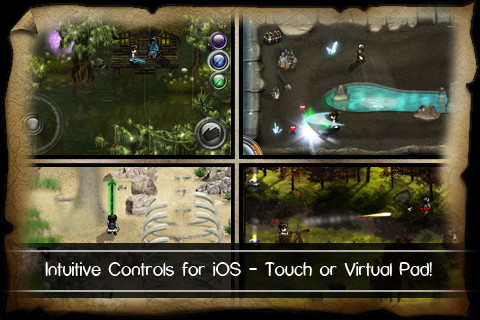 Although Fara contains many favorable RPG elements, one significant disadvantage is that the app is incredibly short. Finishing the main storyline quests, as well as all of the side quests, can be completed in as little as two or three hours. Once the quests are completed, the app offers little replay value and lacks any multiplayer or difficulty settings. For those who enjoy games that take months of effort to beat, Fara is a poor choice.

Along with being very short, another significantly unfavorable aspect of Fara is the controls. In order to maneuver the archaeologist, the app relies heavily on the touch screen. Players must swipe, tap, and double tap the screen repeatedly in order to control the character, and it is incredibly common for him to become stuck behind rocks or other objects in the environment. This can become immensely frustrating over time and detracts from the overall quality of the app.

Overall, Fara is a fairly enjoyable app with a few noteworthy setbacks. Those who are seeking a very long adventure or those who become frustrated very easily with poor controls may wish to avoid the app, as it is significantly lacking in these aspects. For those who are looking for an advanced RPG game and can overlook these setbacks, however, look no further than Fara.